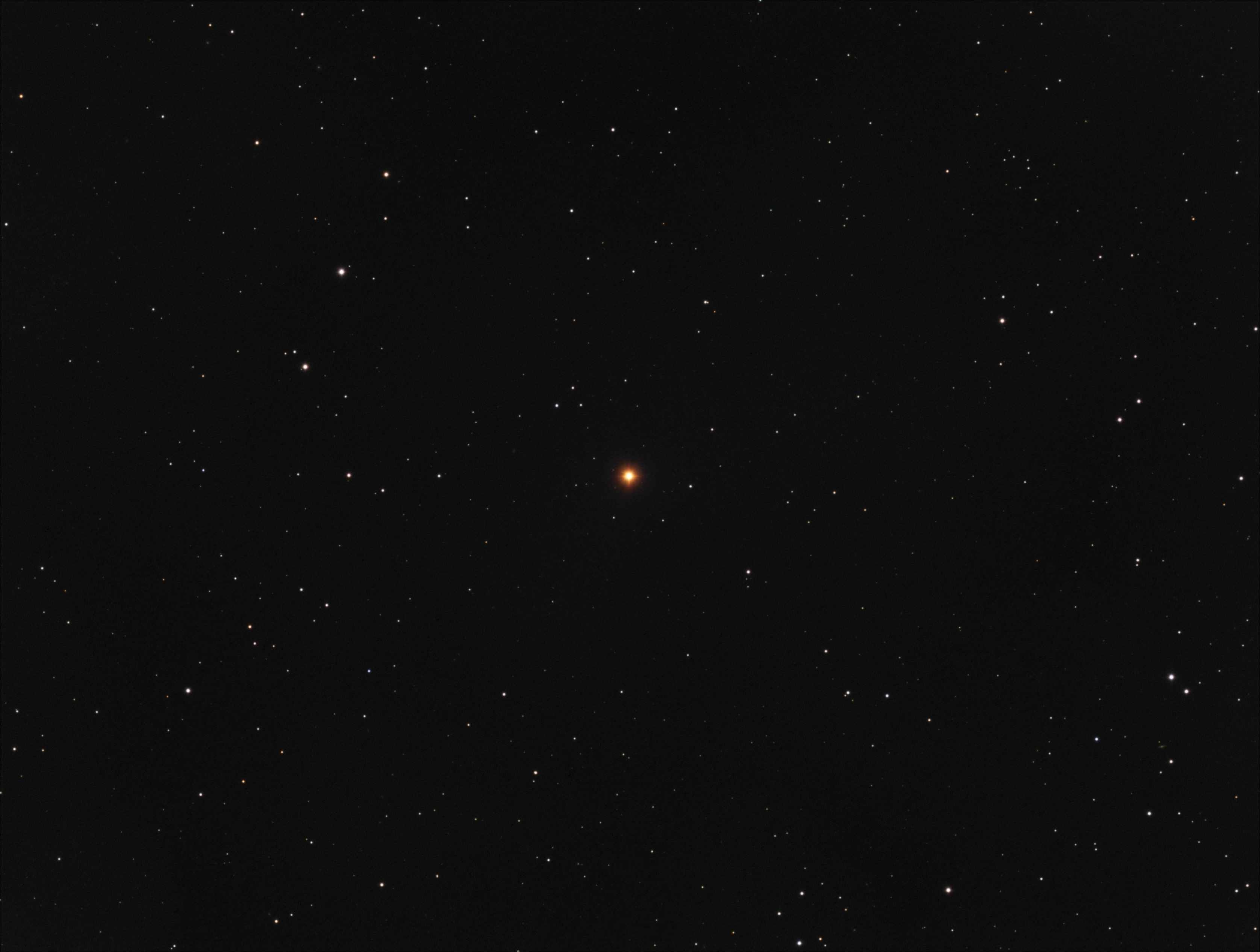 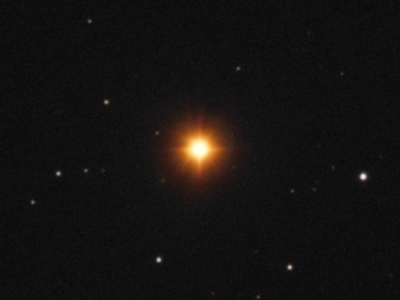 The striking red star in the center of the image is VY Ursae Majoris. VY Ursa Majoris is a carbon star located in the Ursa Major constellation. It is 430.2556 parsecs away, which is about 1403.306 light years.

The spectral type of this star is C-N5 and it has the characteristic deep red hue of a carbon star. VY UMa is a particular type of carbon star called an asymtotic giant branch (AGB) star. This means it is particularly rich in carbon and it also belongs to a class of stars that are the only observationally confirmed sources of fluorine ("The origin of fluorine: abundances in AGB carbon stars revisited." (2015, Abia C., Cunha K., Cristallo S. and De Laverny P.).

VY Uma is one of the brighter carbons stars at magnitude 5.95. This star is potentially visible to the naked eye, but only from a properly dark site. For most urban or suburban viewers, binoculars or a small telescope is necessary to see this star.

Being one of the brighter carbon stars, this star has been long known as a notable red star. It was cataloged as early as 1899 in a publication titled "On the spectra of stars of class IIIb." (Dunér N. C.). VY Ursae Majoris was also included in "The proper-motions of 315 red stars" (1923 Wilson R. E.) as well as the 1912 publication "Spectra and colors of red stars." (1912 Parkhurst J. A.).