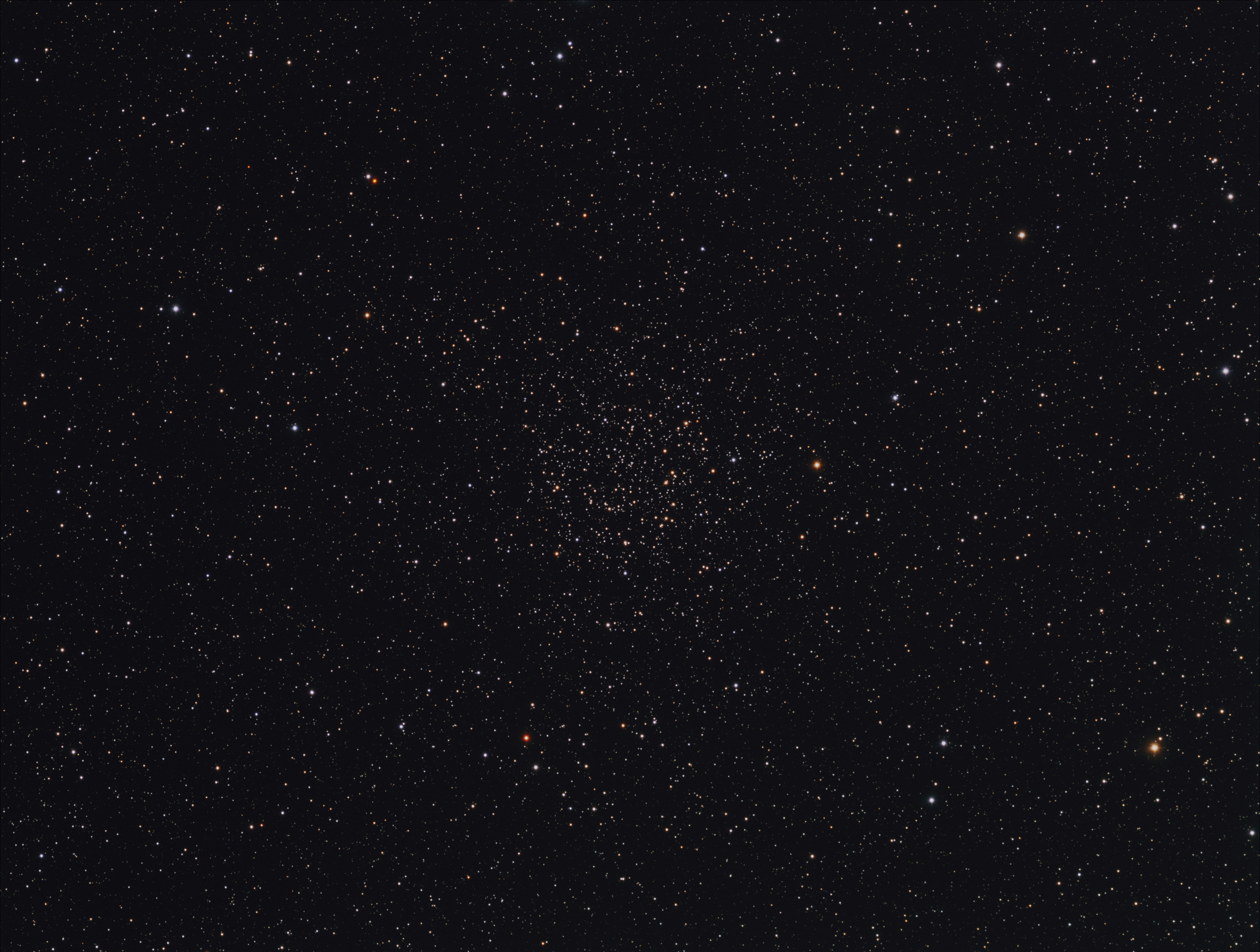 Zoom
Image
Go To
NGC 7789 - Cluster in Cassiopeia
Edmonton, Alberta, Canada
Exposures 67/65/67 x 2m = 6hr 38m
Processing: SGP, MaximDL, Gimp
Telescope: CFF132,STF8300M,GM1000
Guider: LE80,LodestarX2,GSO2X
NGC 7789 is an open cluster located in the constellation Cassiopeia.
This open cluster was discovered by Caroline Herschel in 1783. Her brother William Herschel added it to his catalog and among other things, it has been called "Caroline's Rose".

Caroline Herschel is an important figure in the history of astronomy. She initially served as assistant to her brother William Herschel, who was the King's Astronomer at the time. For this work, Caroline was paid an annual salary of £50 by King George III. This appointment made her the first woman in England to hold an official government position. This also caused her to be the first woman ever to earn a salary as an astronomer.

Besides assisting her brother William, Caroline also made many important discoveries on her own. Among other things, she discovered several comets as well as numerous nebula. She also did significant work updating and correcting the Flamsteed catalog of stars. Following that, she created what later became the New General Catalog, which is the list of NGC objects and their identifiers that astronomers still refer to today.