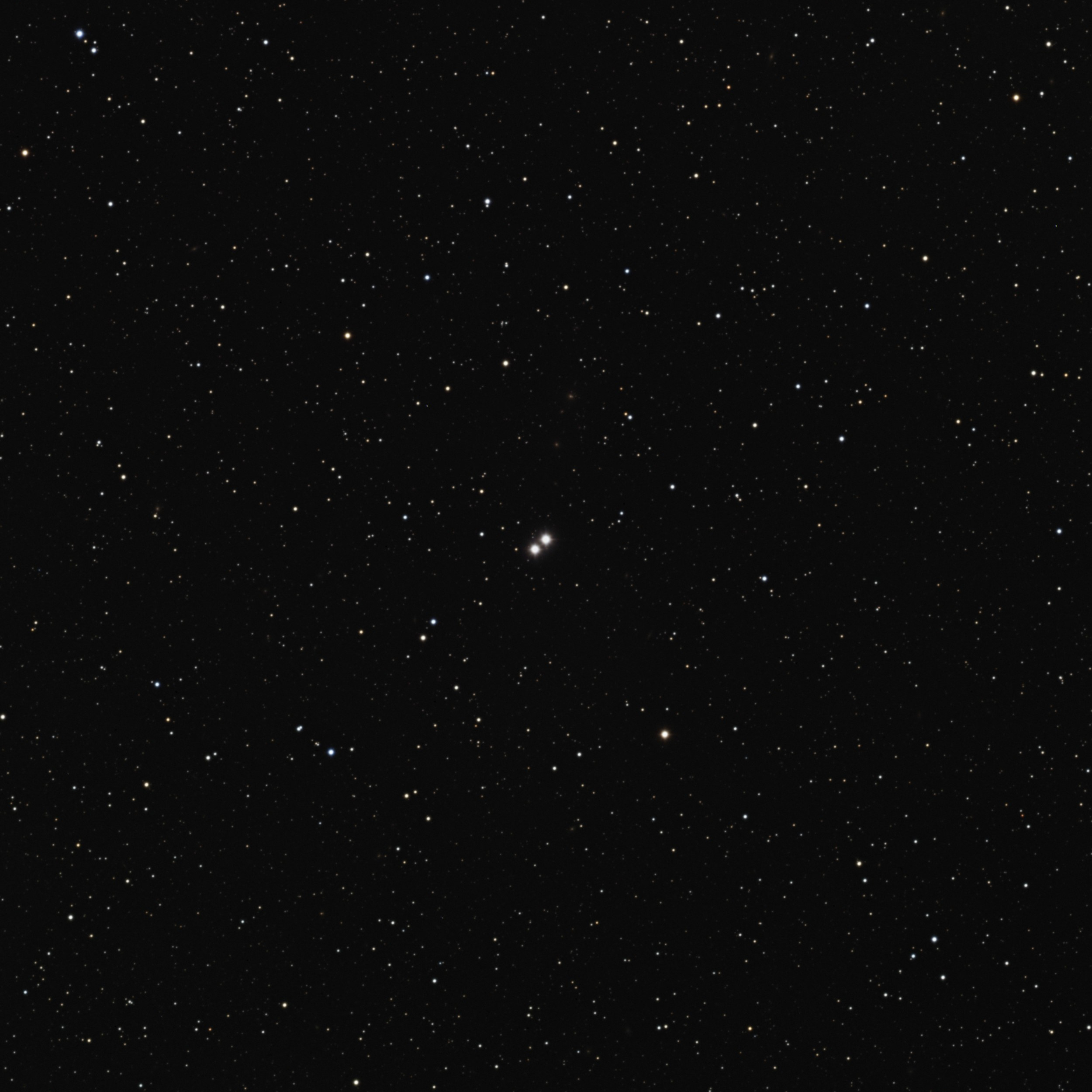 Zoom
Image
Go To
16 Cygni
Edmonton, Alberta, Canada
Exposures: RGB 21/21/21 x 2m = 2h 6m
Processing: SGP,MaximDL,Gimp
Telescope: CFF132,STF-8300M,GM1000
Guider: ST80,LSX2,GSO2X
16 Cygni is a multiple star system located in the constellation Cygnus.
The 16 Cyg system is a multiple star system and both of the visible stars are solar analogs. These are stars that are very similar to our sun with respect to color, mass and other properties.

16 Cyg A is the upper right of the two bright stars in the center of the image. 16 Cyg B is the bright star lower and to the left of A. The A component has a spectral type of G1.5Vb while the B component is a G3V type. These are similar to the sun, which is a G2V type.

The third star, 16 Cyg C is not visible in this image. It is a red dwarf and it closely orbits the A component. The C star is too small and the orbit too tight to show up in optical images at this scale.

In 1996 the B component was discovered to have an exoplanet. This planet is known as 16 Cyg B b and it has an orbital period of 799.5 days.

Since both the A and B components are very close in color to our sun, they are almost perfectly white balanced and can be used to calibrate color images taken of deep space objects. The images currently being taken for this website are normally calibrated against an average color sample taken from these two stars.