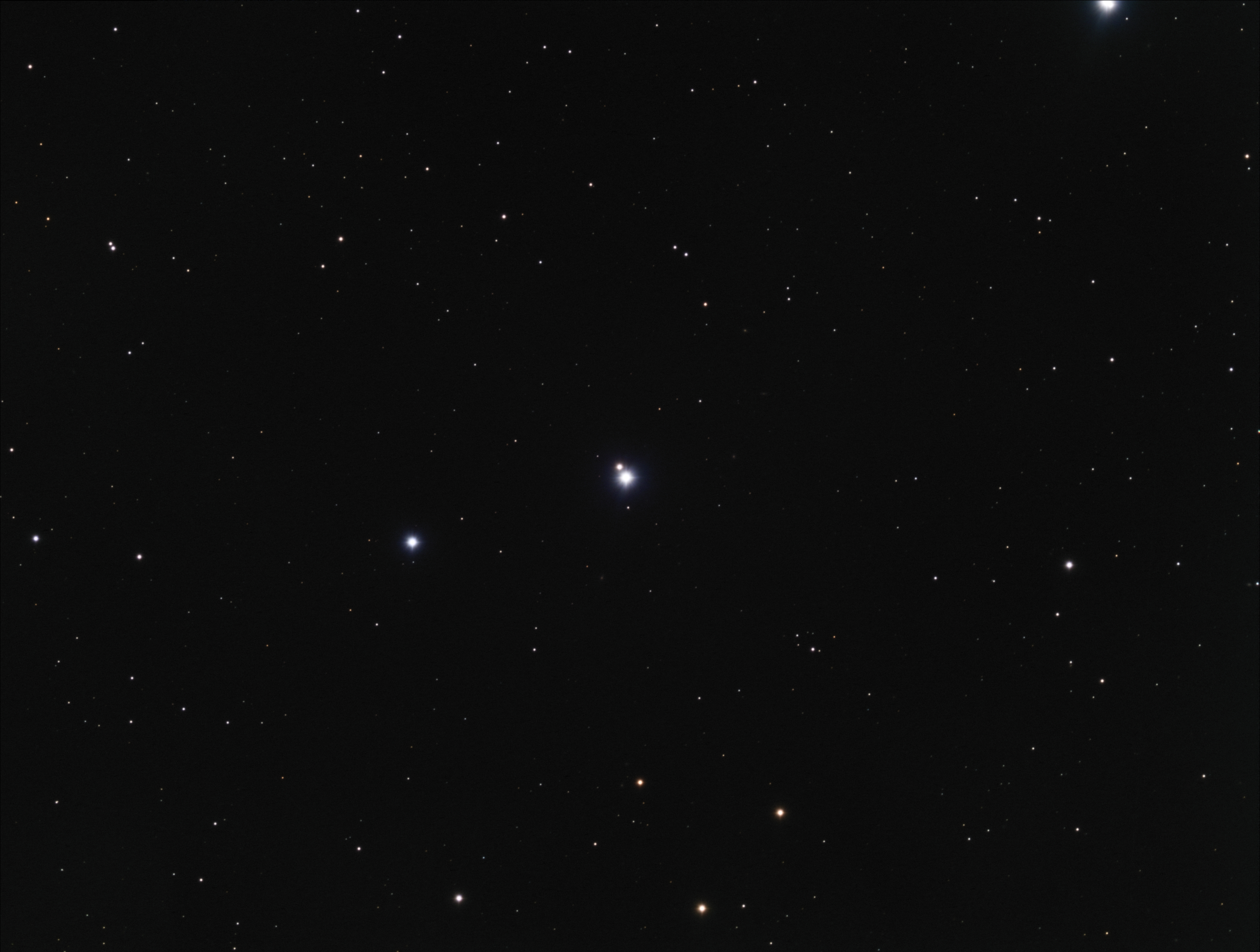 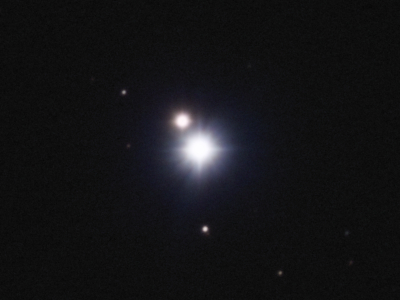 Iota Boötis is a double star located in the Boötes constellation. Iota Boo, also known as ι Boötes, or by its traditional name of Asellus Secundus, is a magnitude 4.75 star and is visible from earth. It has a blue-white hue and is spectral type A7V.

Iota Bootis is a double star and it has a companion that can easily be separated by binoculars or a small telescope.

The companion star to ι Boo is HD 234121, a high proper motion star with the spectral type K1V. This star shines at magnitude 8 and is observed in this image to be an orange-hued star.

Iota Boötis is a variable star of Delta Scuti type. This means the star is young and is undergoing pulsations. The earliest reference in SIMBAD to Iota Boo is "The radial velocities of twenty-six stars." which was published in 1911 (Jordan F. C.). 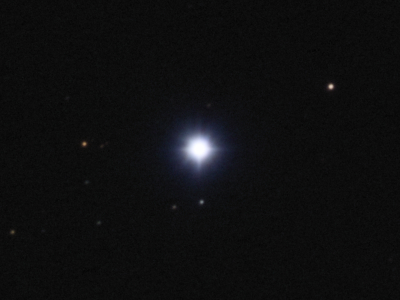 This is a type A2IV star and is shines with white hue similar to Iota Boötis.

HD 125349 was not included in formal studies until the latter half of the 1900's. The first paper listed in SIMBAD that include this star is "General Catalogue of Stellar Radial Velocities " which was published in 1953 (Wilson R. E.).

Also in the main image at the top of this page is the lower part of Kappa Boötis. This star can be found at the very top of the image, near the right edge.