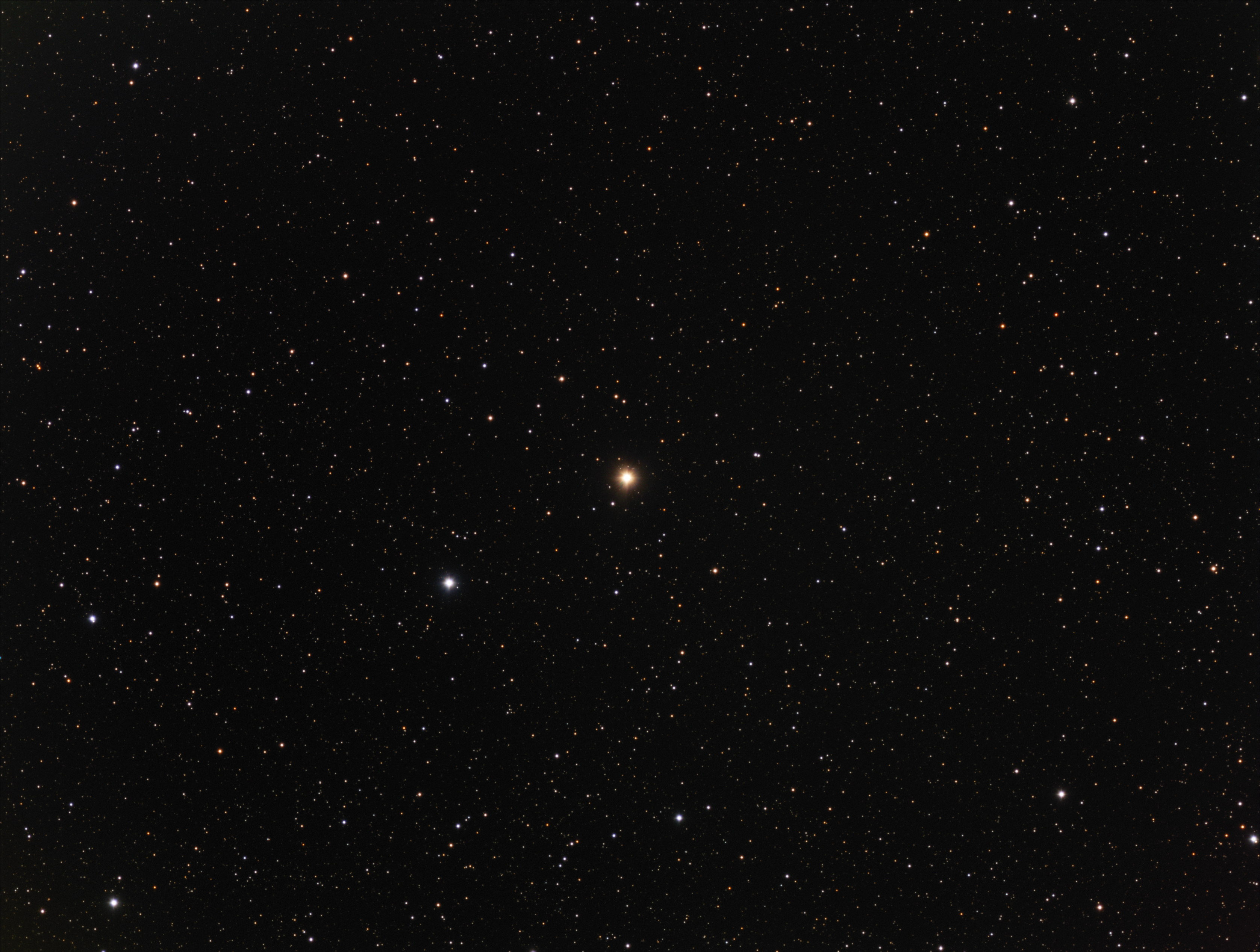 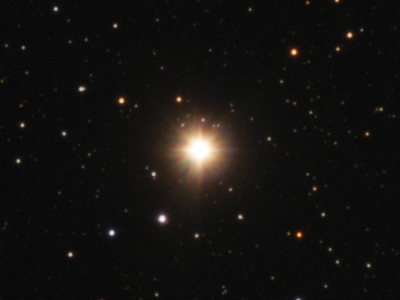 ρ Cassiopeia, a yellow hypergiant star in the Cassiopeia constellation

This is a very large star and it is also a long period variable star. The magnitude varies from 4.10 to 6.20 over a period of 320 days. Rho Cas is also subject to mass ejections that are connected to significant drops in light output. A recent outburst in 2013 is discussed in detail in this document: "A new outburst of the yellow hypergiant star ρ Cas" (M Kraus, I Kolka, A Aret, D H Nickeler, G Maravelias, T Eenmäe, A Lobel, V G Klochkova).

Only a small number of yellow hypergiant stars have been discovered to date. This star was cataloged as early as 1901 in the publication "Sixty-four new variable stars" by Pickering E.C., Colson H.R., Fleming W.P. and Wells L.D. 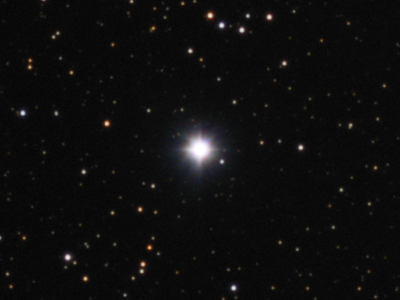 The moderately bright white star to the left and slightly below Rho Cas is V373 Cassiopeiae, a spectroscopic binary. This is a magnitude 6.00 star with a spectral type of B0.5II-III. V373 Cas is a binary system composed of two very closely orbiting blue-white giants. The orbit is so tight that when photographed at this scale the two stars appear as single star shining with the combined light from both components.

V373 Cas was included in "The three-prism stellar spectrograph of the Mount Wilson Solar Observatory. (Adams, W.S.)". This was a study that was published in the 1912 edition of the Astrophysical Journal.

Of particular historical interest in that study is plate 10, which is a photograph of the Sixty-Inch Reflecting Telescope at the Mount Wilson Solar Observatory that was used with a three prism stellar spectrograph to conduct the study. The data from the study is very well presented in the SIMBAD page titled The three-prism stellar spectrograph of the Mount Wilson Solar Observatory.