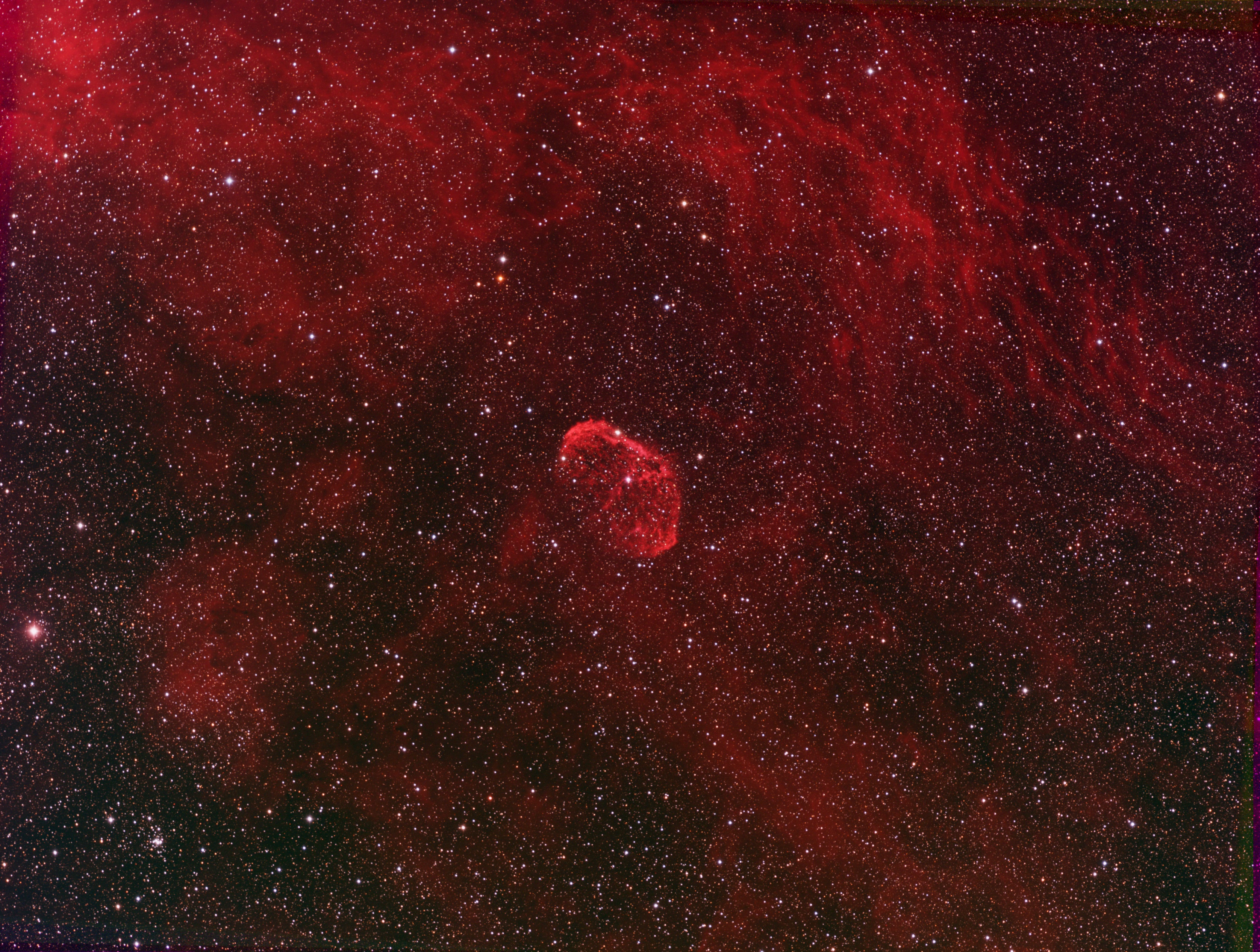 Zoom
Image
Go To
NGC 6888 - The Crescent Nebula
Edmonton, Alberta, Canada
Exposure: RGB 23x4m + Ha 60x15m
Total 19hr 36m
Processing: SGP, MaximDL, Corel
Imaging: NP101is, 0,8X, STF-8300M, GM1000
Guiding:A80Mf, GSO2X Barlow, LodeStar X2, 650nm Fltr
NGC 6888 is an emission nebula located in the Cygnus constellation. It is also known as the Crescent Nebula because it looks like a cresent when viewed visually.
This data for this image took a rather long time to collect compared to most of my other images. It was done on 11 different nights starting on May 7, 2017 and ending on June 24, 2017. In spite of all this effort there is only a little over 19 hours of exposure time. Yes, less than two hours per night.

This is due to the fact that May and June in Edmonton are barely dark at all and then only for a couple of hours each night. In fact, from a astronomical point of view we don't even get true darkness during that period. Technically we are in what's called "astronomical twilight". This means that the glow from the north is still so bright we don't reach full darkness at any point during the night. And this twilight is very short indeed.

For those living in more southerly climes, you may be surprised to learn that it doesn't even start getting dark here until after 11pm. Then it takes until midnight for regular twilight to end. And only for a short while. Sometime after 2am the sky already starts getting brighter. By 3:30am or so the sun is already rising and by 4am the glow to the east makes it clear that another day has begun.

Of course those further north will laugh at this and have their own take on what constitutes darkness during the spring. And they can really tell us about winter darkness too. I myself have been far enough north in the fall to witness the sun pop above the horizon, hang there for a few hours then drop back down long before its time for dinner. So maybe it's not so bad here after all.