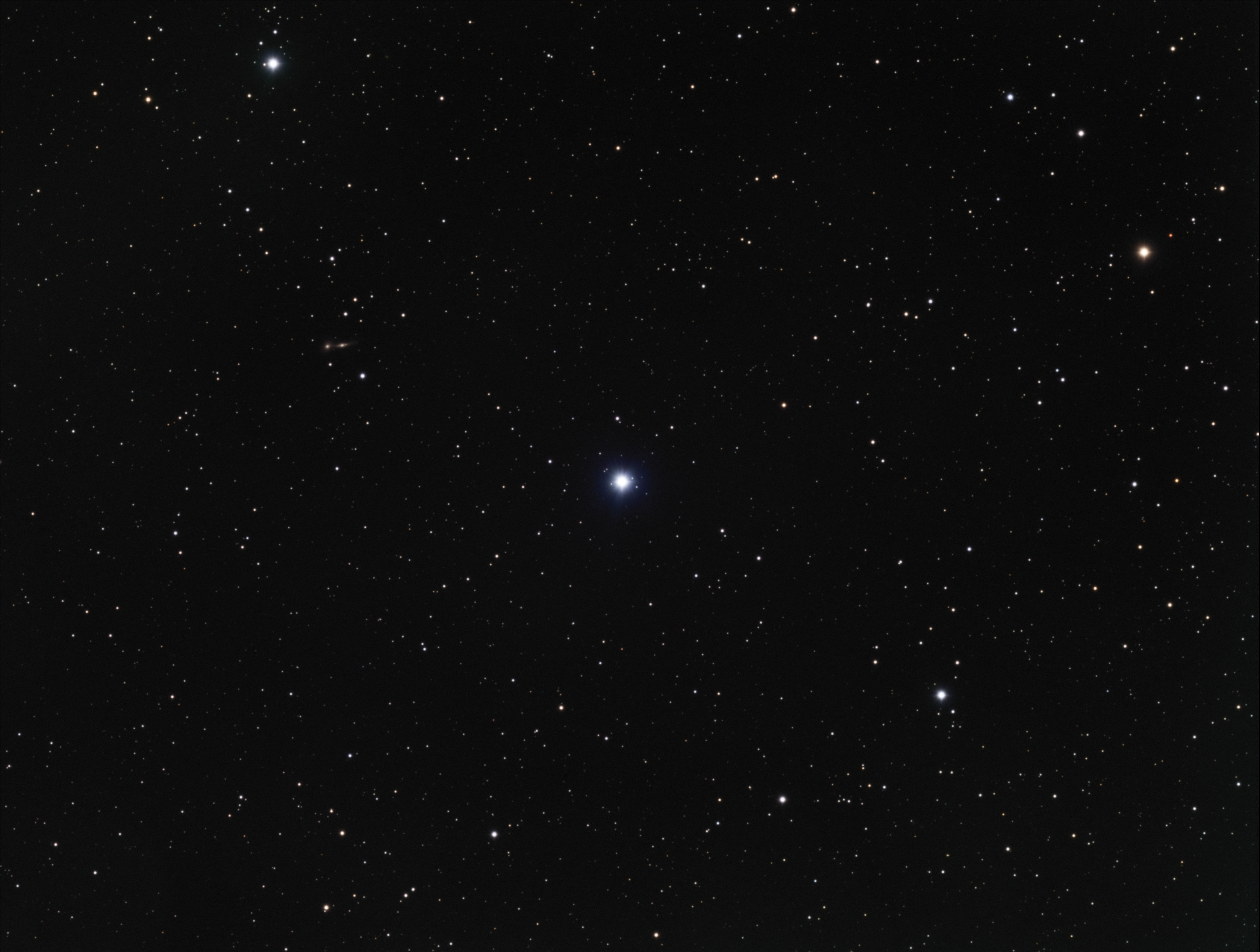 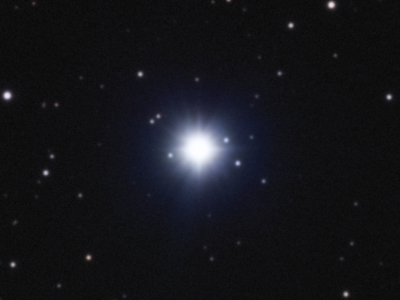 The bright blue-white star in the center of the image is 2 Lyncis. 2 Lyn is an eclipsing binary star and it is located in the Lynx constellation.

The spectral type of this star is A2Vs and it has the characteristic blue hue of an A type star. The star is somewhat bright at magnitude 4.4, and it can be viewed with the naked eye from most locations.

2 Lyncis was measured to be 40.1064 parsecs distant, which is approximately 130.8 light years away. The star was cataloged as early at 1926 and was included in "Spectroscopic magnitudes of A-type stars." by Douglas A. V. 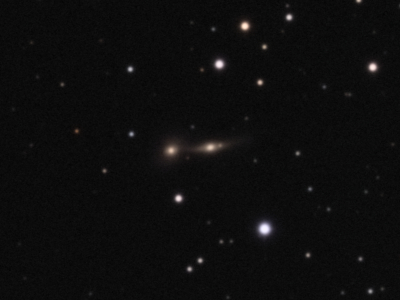 There are a lot of visible galaxies in Lynx. Even in this photo taken from a heavily light polluted city, a pair of these galaxies showed up quite clearly. The image to the left is a crop taken from the upper left section about halfway between 2 Lyncis and the edge of the photo.

An S0 galaxy is an intermediate galaxy type that is neither an elliptical nor a spiral. Type S0 galaxies do have a central bulge and a thin disk similar to a spiral. But there are no spiral arms. S0 galaxies are sometimes referred to as Lenticular galaxies.

The flying-saucer shaped galaxy in the center-right is UGC 3445. This is also a type S0 galaxy (S0a in this case) and the view is very nearly edge-on, which clearly reveals the disc around the bulge.