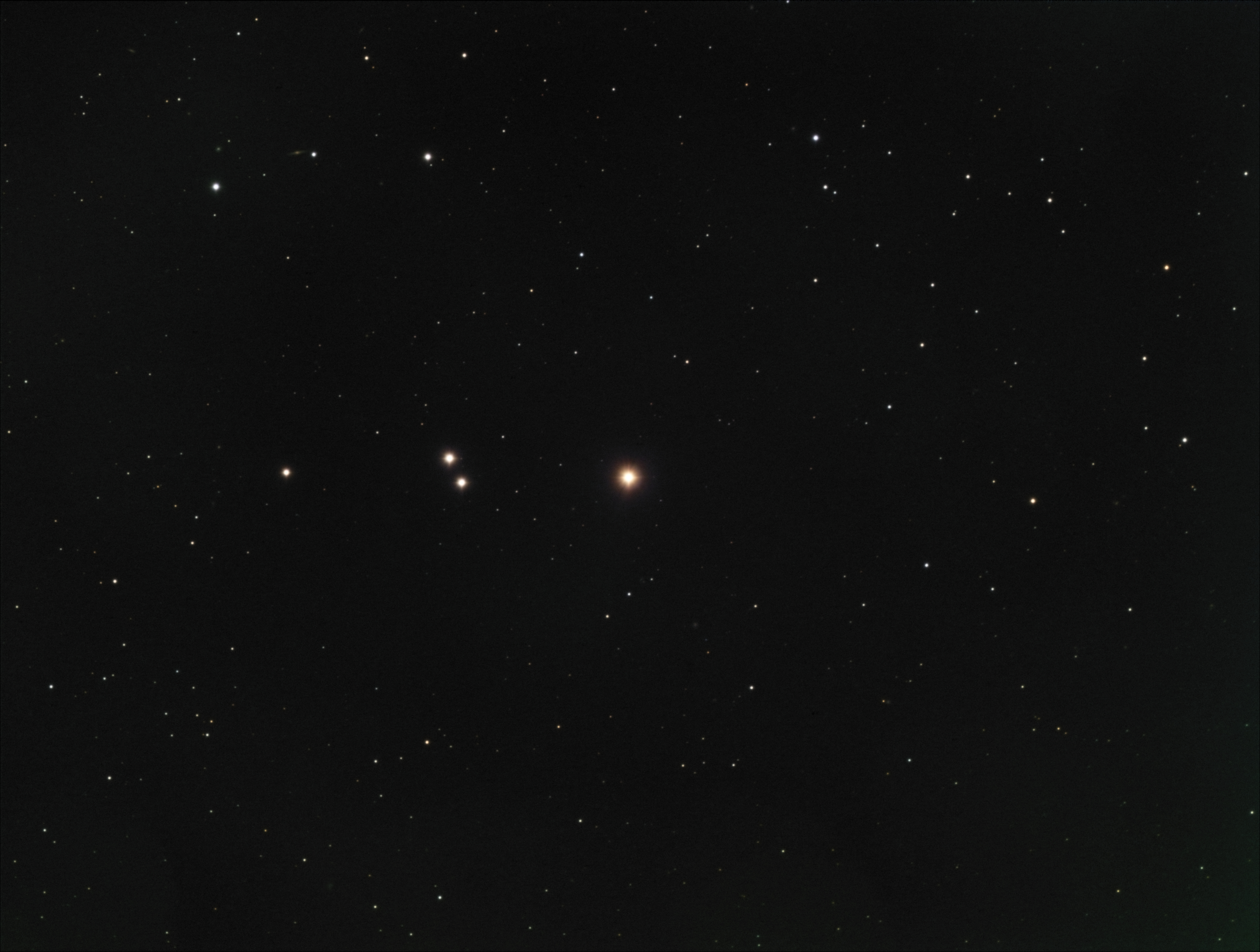 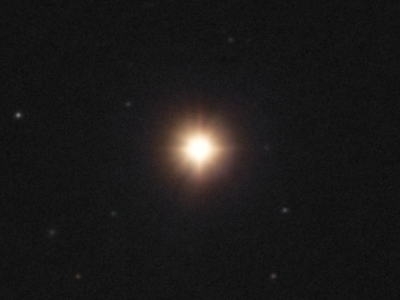 6 Boötis is a spectroscopic binary star located in the Boötes constellation. 6 Boo, also known as e Boötes, is a magnitude 4.91 star and is visible from earth. It is an orange hued star with a spectral type of K4III.

6 Boo is magnitude 4.91 and althought faint, it is visible to the naked eye from most locations. The star is 139.8073 parsecs distant, which is about 456 light years away.

6 Boötis was not well studied in the early days of modern astronomy. The earliest reference in SIMBAD is "The spectra of the bright stars of types F5-K5" which was published in 1952 (Roman N. G.). 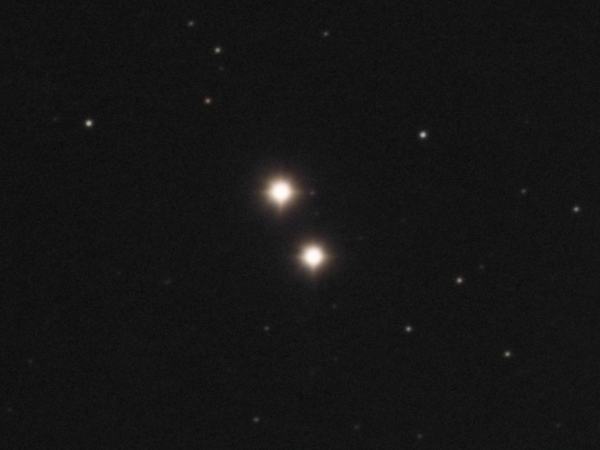 Like 6 Boötis, these two stars were not studied until the latter half of the 1900's. The first paper listed in SIMBAD that includes these stars is "General Catalogue of Stellar Radial Velocities " which was published in 1953 (Wilson R. E.).

Some Faint Galaxies in the Photo 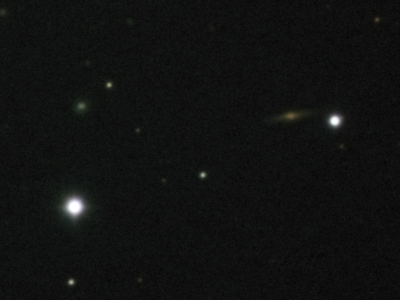 Despite being photographed from a back yard in a heavily light polluted modern city, sometimes faint galaxies still manage to show up in these images. The image to the left is a crop taken from the upper left corner of the main photo.

The galaxy seen on the right side of this crop is UGC 8758. This is a magnitude 15.4 type Sa spiral galaxy that is viewed edge-on relative to us.

Directly to the left of UGC 8758 is another faint galaxy. Look for the greenish-grey fuzzy blob that is some distance above the brightest star on the left and near a distinctly white small star. This galaxy goes by the ungainly designation of 2MASX J13511756+2132309. It is also a type Sa spiral galaxy, it is magnitude 15.2 and the view is top-on.

Besides these two galaxys, there are at least two more galaxies located above this cropped section and there are several others elsewhere in the image. To find them, zoom in and look for fuzzy blobs or flying saucer like streaks. Anything that is clearly not a star, yet is clearly "a something" is most likely a galaxy.