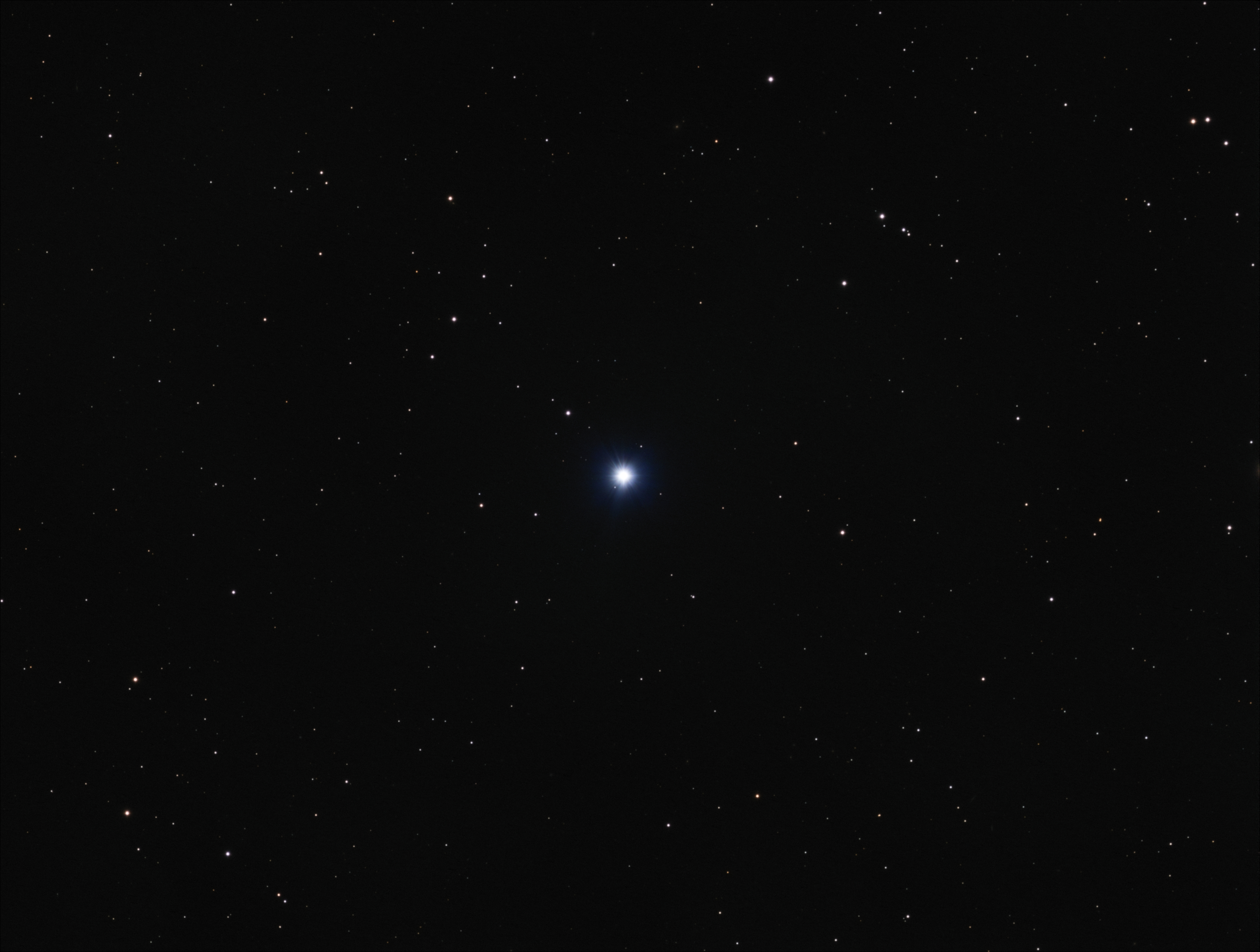 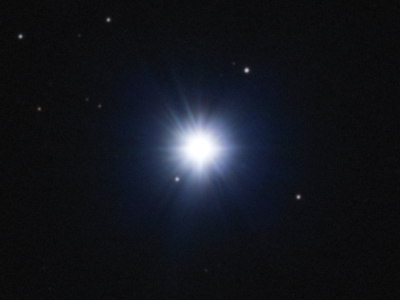 The bright blue-white star in the center of the image is Alpha Draconis (α Dra). This star is also known by its formal name of Thuban, which is derived from Arabic for "large snake".

The spectral type of Thuban is A0III and it has the characteristic blue-white hue of a bright type A white giant.

Thuban is one of the brightest star in the Draco constellation and at magnitude 3.68, it can be easily viewed with the naked eye from almost any location. Thuban was measured to be 82.0863 parsecs distant, which is approximately 267.7297 light years away.

Thuban was once the north star but due to precessional movement of the earth, Thuban was replaced by Kochab as the northernmost bright star around the year 1800 BC. Kochab itself was eventually replaced as pole star by the even brighter Polaris, which is now the current north pole star.

The ongoing precessional movement of the earth will eventually cause to Thuban to once again be the northern pole star. This is predicted to occur in the year 20346.

This star has been known since antiquity and it's importance as a pole star and navigation star is of some historical importance. In modern times, the earliest publication listed in SIMBAD that contains a reference to α Dra it is the 1903 publication "A list of five stars whose velocities in the line of sight are variable. " by Campbell W.W. and Curtis H.D..