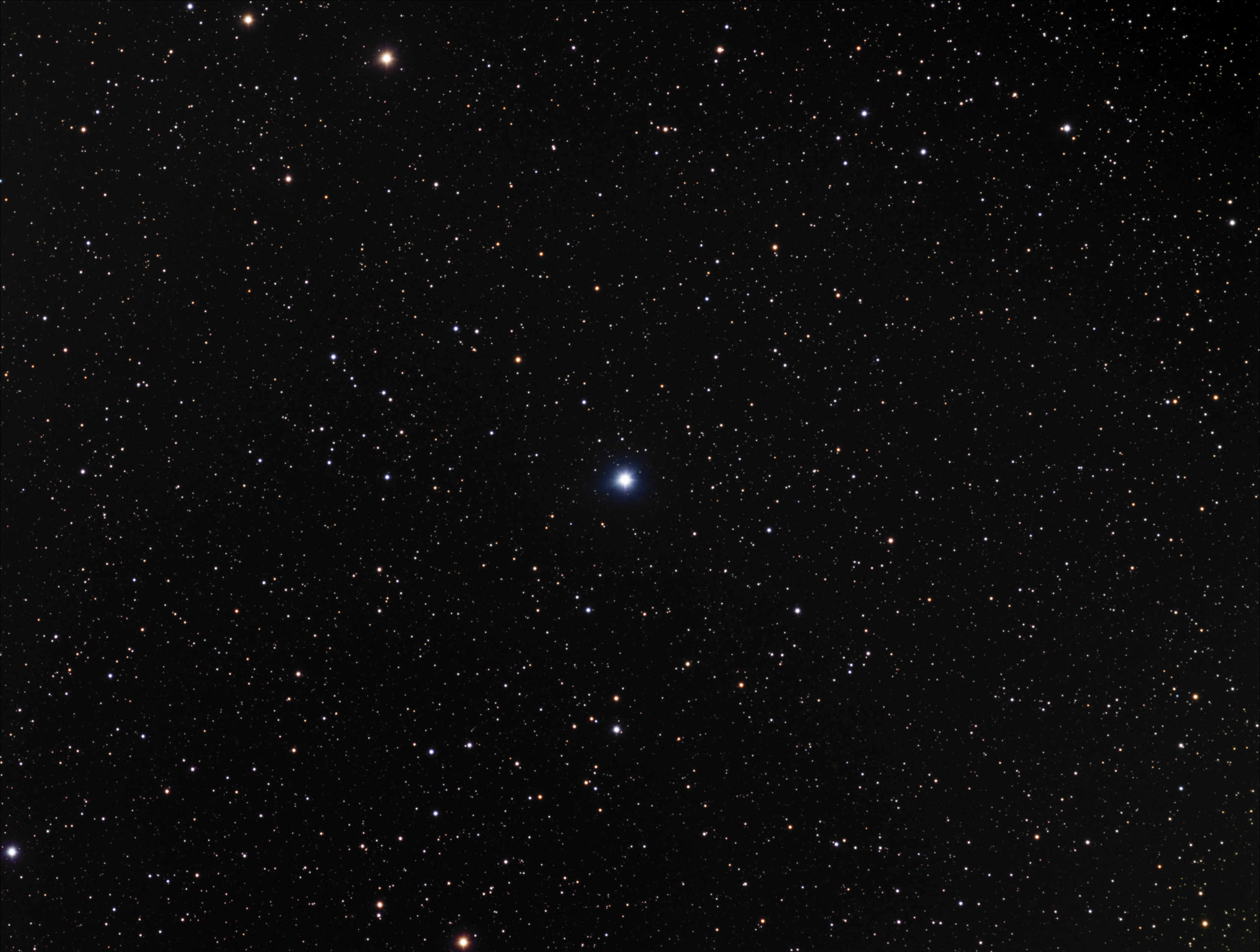 The two components (A and B) are very close together. At a separation of 0.6 arc-seconds, the two stars are almost exactly one half of a pixel apart on the above image. When photographed at this scale, the star appears as a single star shining with the combined light of both components.

This star is sometimes called a "helium star". This is a reference to an apparent deficiency in actual helium content in the star as compared to the expected helium content one would expect based on other measured aspects of the star. The earliest reference in SIMBAD to this star is the document titled "Radial velocities of 368 helium stars." (Frost, E. B.; Barrett, S. B.; Struve, O) which was published in the July 1926 edition of the Astrophysical Journal.

The spectral classification of this and other similar stars is further discussed in the 1972 paper titled "The Helium-Weak Stars" by Molnar, Michael R.