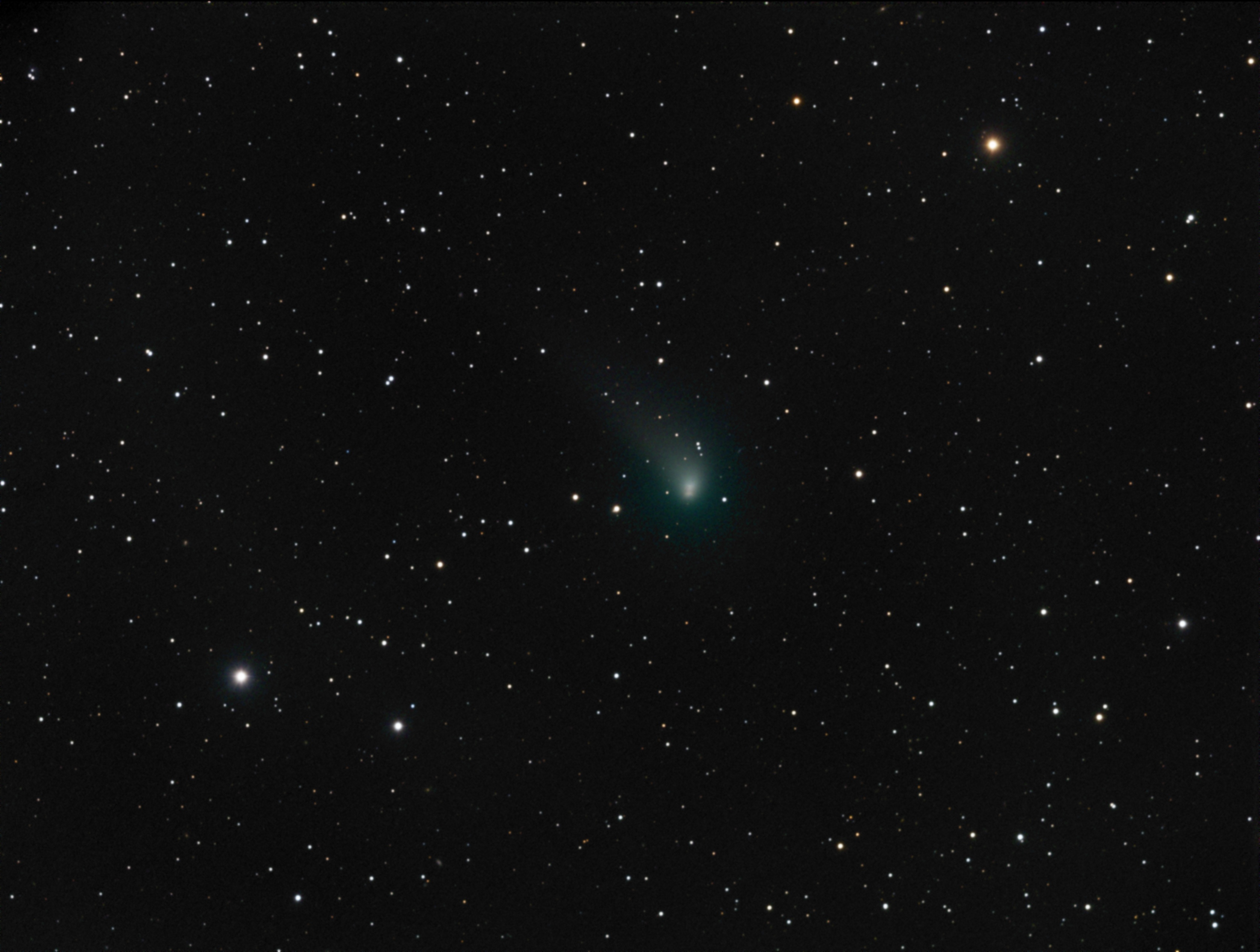 This is the first comet image I have ever taken and I am pretty happy with the result. Its not perfect though. The core looks oblong and has a dark band in it. I believe this is a result of "trailing" that occurred because of the long (2hr+) exposure. The trailing occurred because I set the telescope to track the background stars and the comet moved a bit relative to the stars during the exposure period.

Experienced comet imagers typically track the comet itself and let the stars trail instead. This would result in a more normal looking round comet core. But like I said, this is my first comet and I used deep sky imaging techniques. So the stars came out quite nice but the comet trailed instead. Oh well, for a first effort it still looks pretty good though.

Moon, Solar System and Some Stars