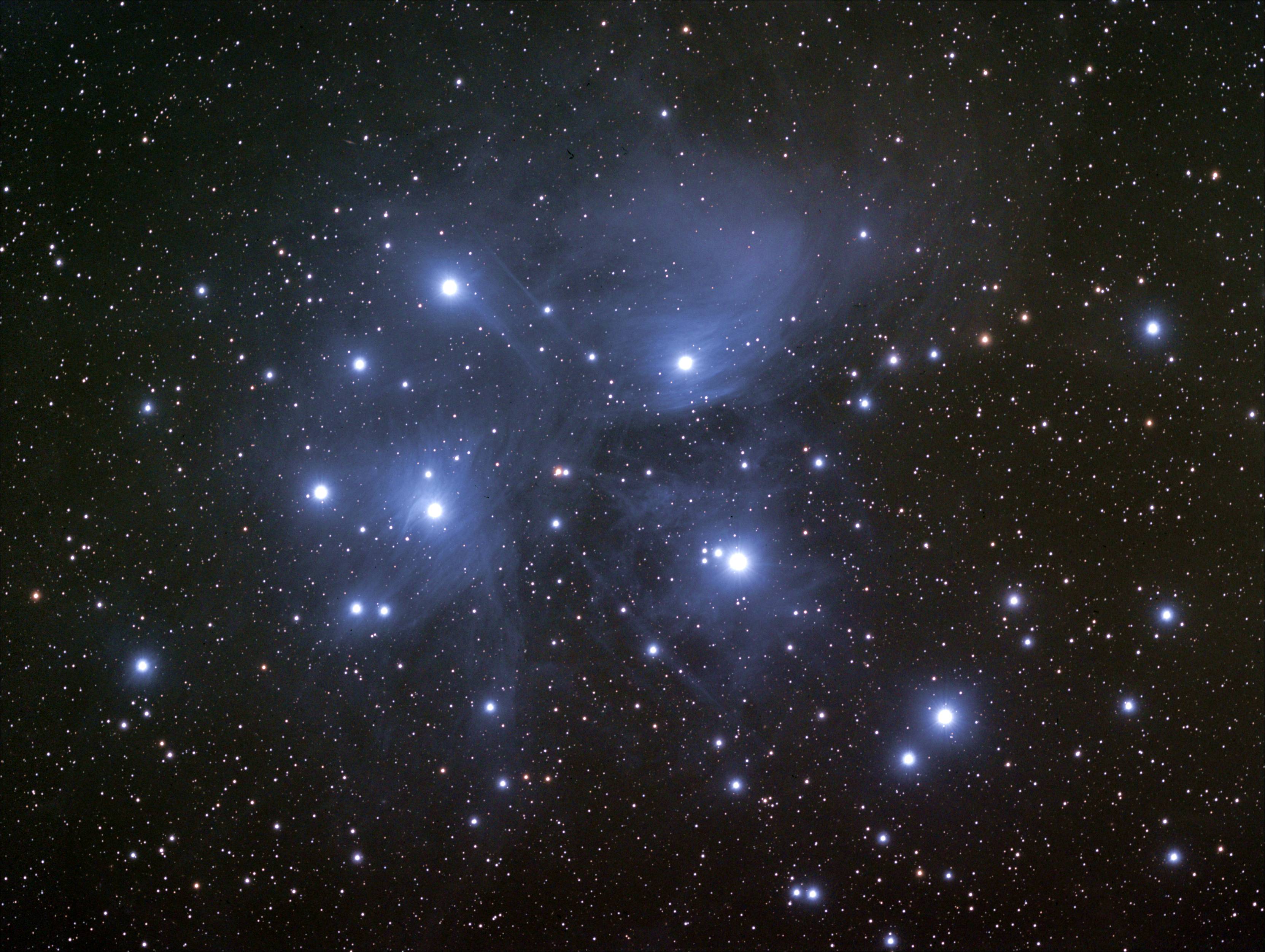 Zoom
Image
Go To
M45 - The Pleiades
Near Lindbrook, Alberta
Exposures: OSC 35x5min = 3hr 45m
Processing: AstroFX, DSS, CPT
Telescope: NP101is, NEQ6, NS8300
Guider: LE80OTA,SSAG
Messier 45, also known as The Pleiades is an open star cluster located in the constellation Taurus.
Starlight reflecting off the dust around the cluster forms a reflective nebula. Although the cluster is visible with the naked eye, the nebula is not. A telescope is needed to be able to see the nebula.

Besides its name "Pleiades", this cluster is also commonly known as the Seven Sisters. In Japan, it is called the Subaru.

This image was composed from frames taken over two (non-successive) nights. The faint reddish hue in and around the nebula is IR energy captured by the frames shot without an IR filter. I didn't have the IR filter the first night out, but did have it by the second session. After many processing attempts, the best image came from the combined stack that included both IR filtered and non-IR filtered frames. So, that’s what was posted here.

Images of M45 - The Pleiades