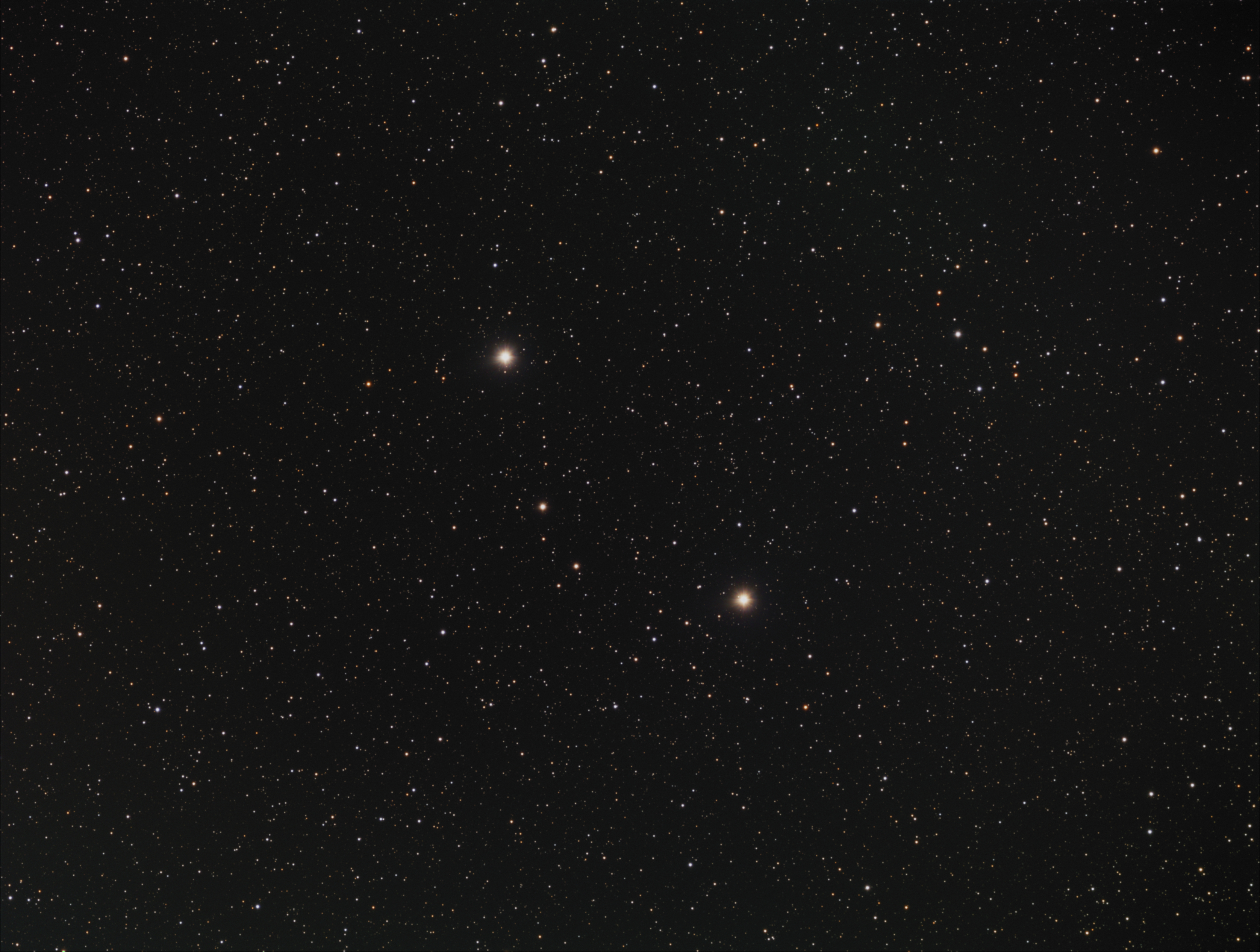 Zoom
Image
Go To
Upsilon Cassiopeiae
Edmonton, Alberta, Canada
Exposures: RGB 44/47/50 x 2m = 4h 42m
Processing: SGP, MaximDL, Gimp
Telescope: CFF132,STF-8300M,GM1000
Guider: LE80,LSX2,GSO2X
υ1 and υ2 Cassiopeiae are a pair of stars located in the Cassiopeia constellation. Together they are known as Upsilon Cassiopeia.
The two bright stars in this image are known as Upsilon Cassiopeia (υ Cas). As the preceding link shows, SIMBAD stores this name as a valid database entry. But it is just a placeholder for the name and there is no information attached. To get any data on the stars themselves, you need to access the individual star records as identified below.

The bright star in the upper left is Upsilon2 Cassiopeiae (υ2 Cas). This star is also officially named Castula or 28 Cas. υ2 is listed in SIMBAD as a peculiar star. It is magnitude 4.62 star with the spectral type G8.5IIIbFe-0. This is a yellow giant and it is 57.8453 parsecs distant.

The bright star to the lower right is Upsilon1 Cassiopeiae (υ1 Cas). Upsilon1 Cassiopeiae is listed as being a high proper motion star. This means it is moving through space faster than most stars we know of. υ1 is magnitude 4.82 and its spectral type is K2III, making it a K-type giant. It is 104.1406 parsecs away and is also known as 26 Cas.