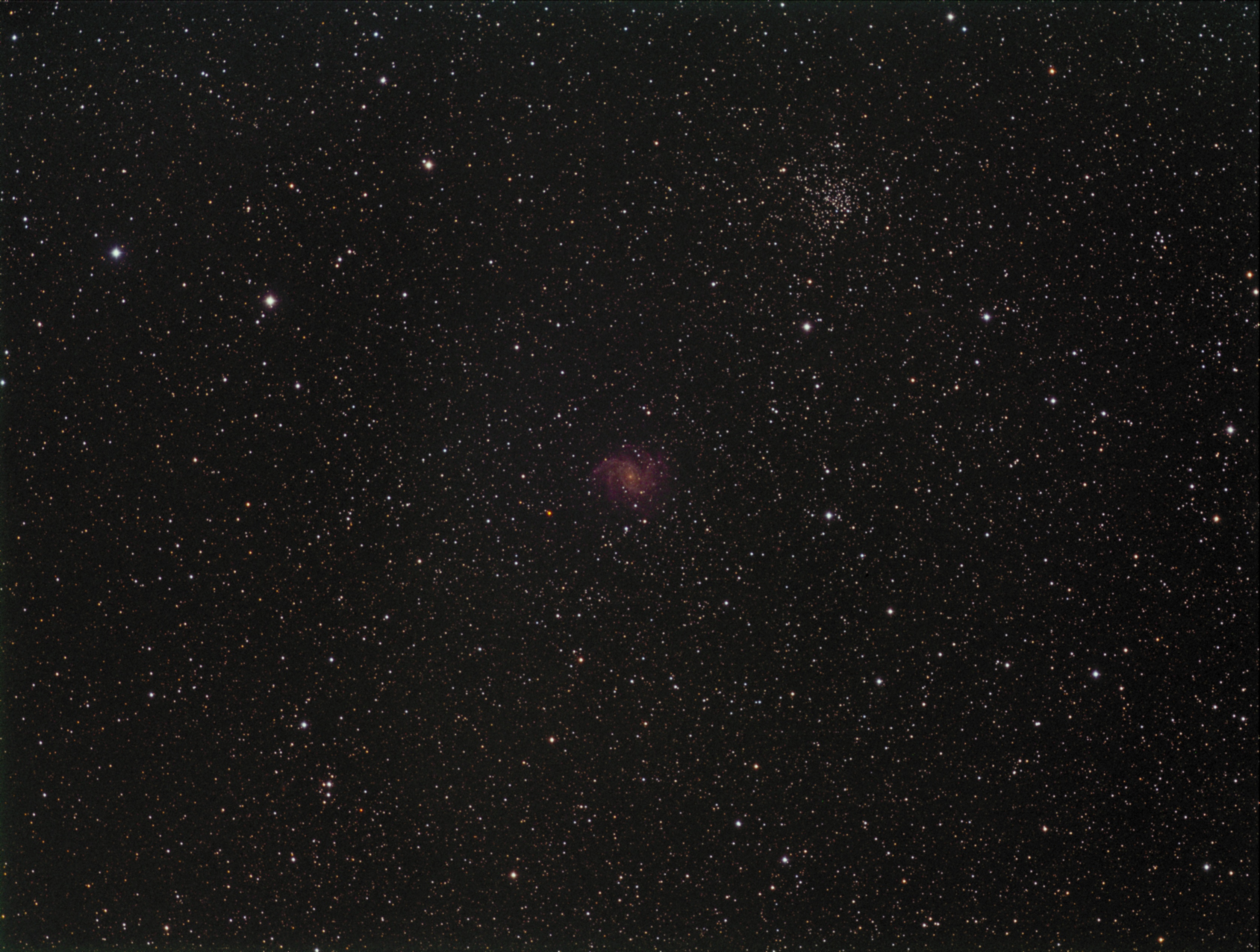 Once I received the mount, I needed to do testing and learning. For this, I decided to use the TeleVue NP101is and reducer since it produced a very wide field, is lightweight and is really easy on the mount. The idea being to get the mount running with known gear that would not introduce any problems while I went through the initial commissioning process.

It just so happened that NGC 6946 galaxy and the cluster NGC 6939 were in a good position so I used them as a test target. Not a bad choice since I had stars, a cluster and a galaxy all in the same field. Little did I know that three days later a supernova would go off in that galaxy.

So the supernova did occur on or about May 14, 2017. But I didn't learn about it until nearly two weeks later when I spotted a post in a popular forum (Cloudy Nights). It seems that a gent who is more on the ball than I learned about the supernova and imaged it a few days after. He also had in his photo archives an old photo of the galaxy he had taken long before the supernova went off. Using his two photos he did a very good post showing the before and after images.

Once I saw that post, I realized I had a really lucky image here and added a post of my own showing a crop of the galaxy a mere three nights or so before the discovery. It did indeed show there was no supernova at that point. Then I followed up and took another image that showed the new supernova.

These are the before and after images of the supernova: 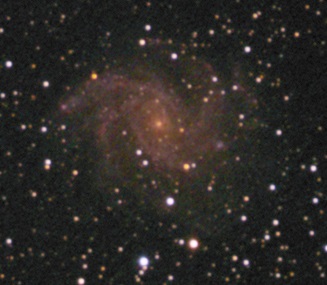 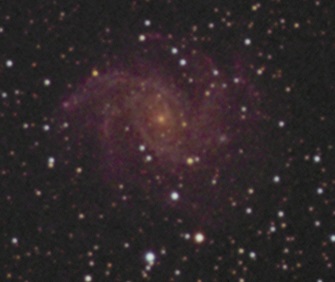 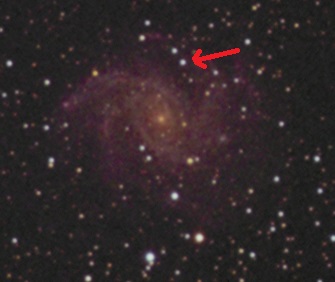 This image indicates which "star" is the supernova:

Indeed, not really that spectacular. From here it looks like just another white dot. But consider, that little dot is in another galaxy so its really, and I mean really, really super far away.

Yet from here that wee dot looks as bright as any star in our own galaxy. And all the other stars in that other galaxy are so small and dim they blend together juet enough to give the galaxy faint, nearly invisible glow.

So that little white dot is something special indeed.

And what exactly is a supernova anyway you might ask? Well, it’s a massive star that has reached the end of its life. When that happens, the star will collapse on itself and the resulting pressure shock causes it to explode.

This page is too short to go into all the physics involved in the death of a star and the resulting supernova. But it only happens to a small fraction of stars and they need to be very huge as compared to our sun.

Lastly, in case you're wondering why this galaxy called the Fireworks Galaxy? It has a record number of observed supernove. Which apparently go off like fireworks.