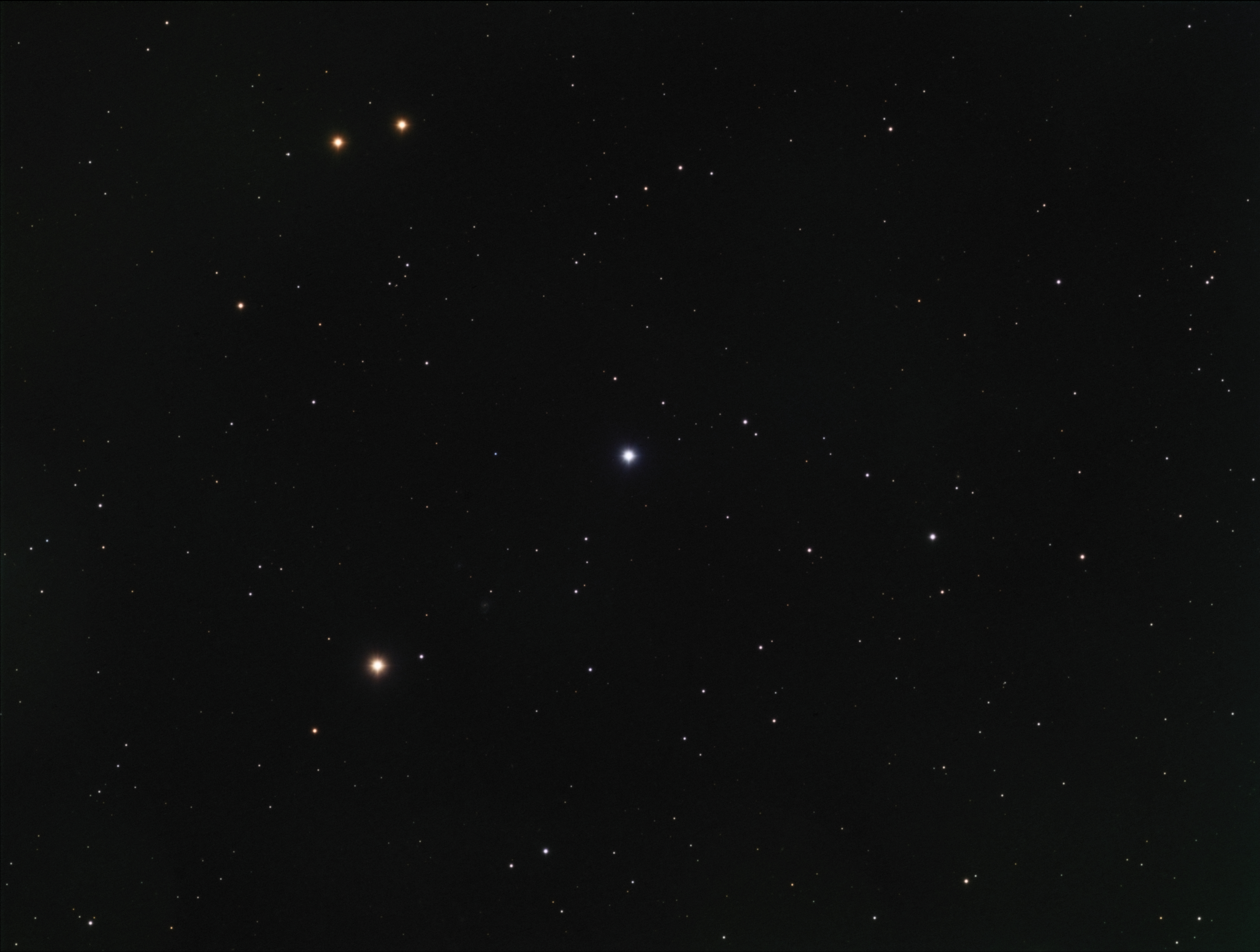 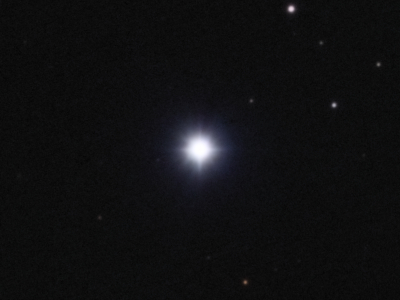 27 Leonis Minoris is a magnitude 3.9 star located in the Leo Minor constellation. 27 LMi is visible from most locations. It is observed to be a blue-white star with a spectral type of A5IVn.

This star is also considered to be a suitable calibrator star for modern optical inferometers and is included in "A catalog of calibrator stars for next-generation optical interferometers." This is a list of stars that are suitably bright and meet a number of other requirements necessary to qualify as optical calibration stars. 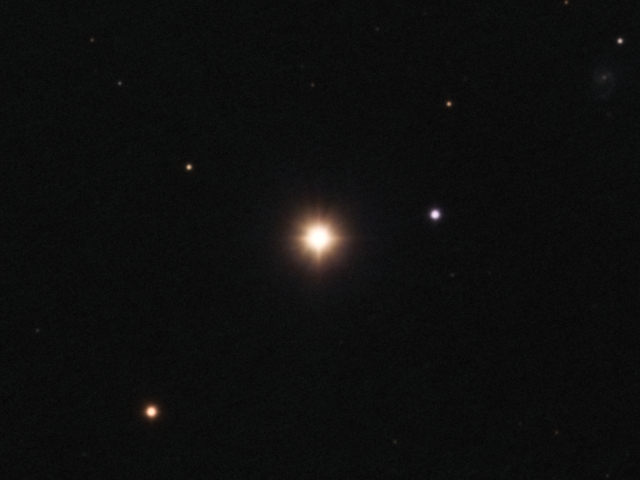 The bright orange star to the lower left of 27 Lmi is 28 Leonis Minoris. This is an oranged-hued giant star of spectral type K1III.

Similar to 27 LMi, 28 Leonis Minoris is also a suitable calibration star. "A catalog of bright calibrator stars for 200-m baseline near-infrared stellar interferometry. (2005, Merand A., Borde P. and Coude du Foresto V.)" includes this star along with 947 others that are useable for calibrating near-infrared interferometry equipment. 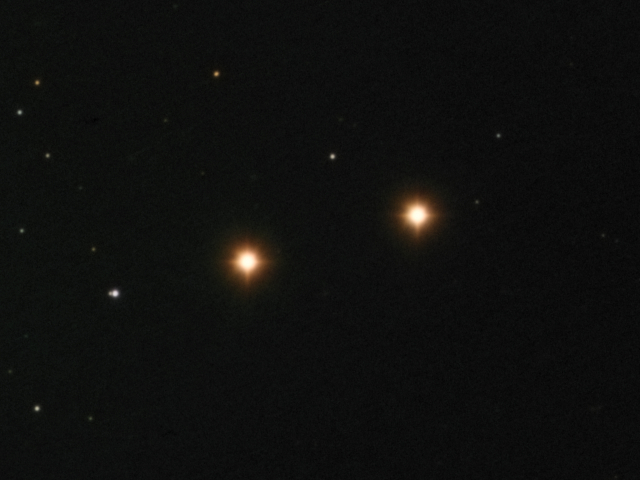 The orange pair in the upper left is UU Leonis Minoris (left) and HD 90024 (right). These two stars are a double star and are listed in the Washington Double Star catalog as WDS J10244+3411.

The SIMBAD database shows that UU LMi is a long period variable star with a spectral type of M6III. It is magnitude 7.03 and binoculars are necessary to view this star.

HD 90024 is a magnitude 7.08 K0 type star and is even less visible than UU LMi. As we can see from the image, these two stars shine with a similar orange hue and at a similar brightness.

Images of 27 and 30 Leonis Minoris