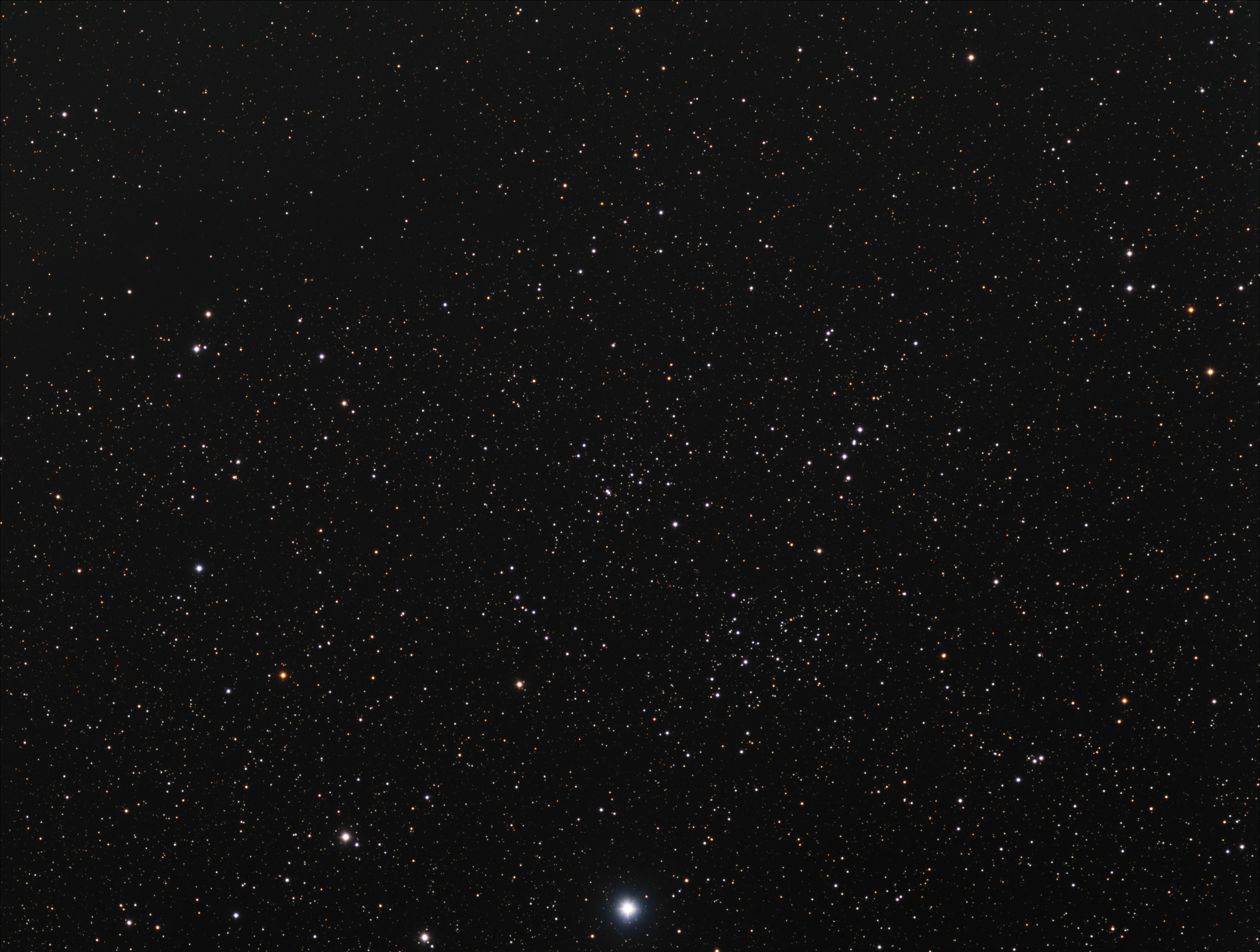 Zoom
Image
Go To
NGC 146 and NGC 133
Edmonton, Alberta, Canada
Exposures: RGB 42/48/47 x 2m = 4h 34m
Processing: SGP, MaximDL, Gimp
Telescope: CFF132,STF8300M,GM1000
Guider: LE80OTA,LodestarX2,GSO2X
NGC 146 and NGC 133 are open clusters in the Cassiopeia constellation.
NGC 146 and NGC 133 are two small and sparse open clusters in the Cassiopeia constellation. NGC 146 is the grouping of moderately bright stars in the very center of the image. NGC 133 is the upaide down "Y" shaped group of stars to the right of NGC 146. Both of these clusters are almost indistinguishable from the stars in the background.

The bright star near the bottom of the image is Kappa Cassiopeiae. κ Cas is a magnitude 4.16 blue supergiant.

This photo and a photo of κ Cas were combined to produce a mosiac image. See below for links to the combined image as well as a separate image of Kappa Cassiopeiae.