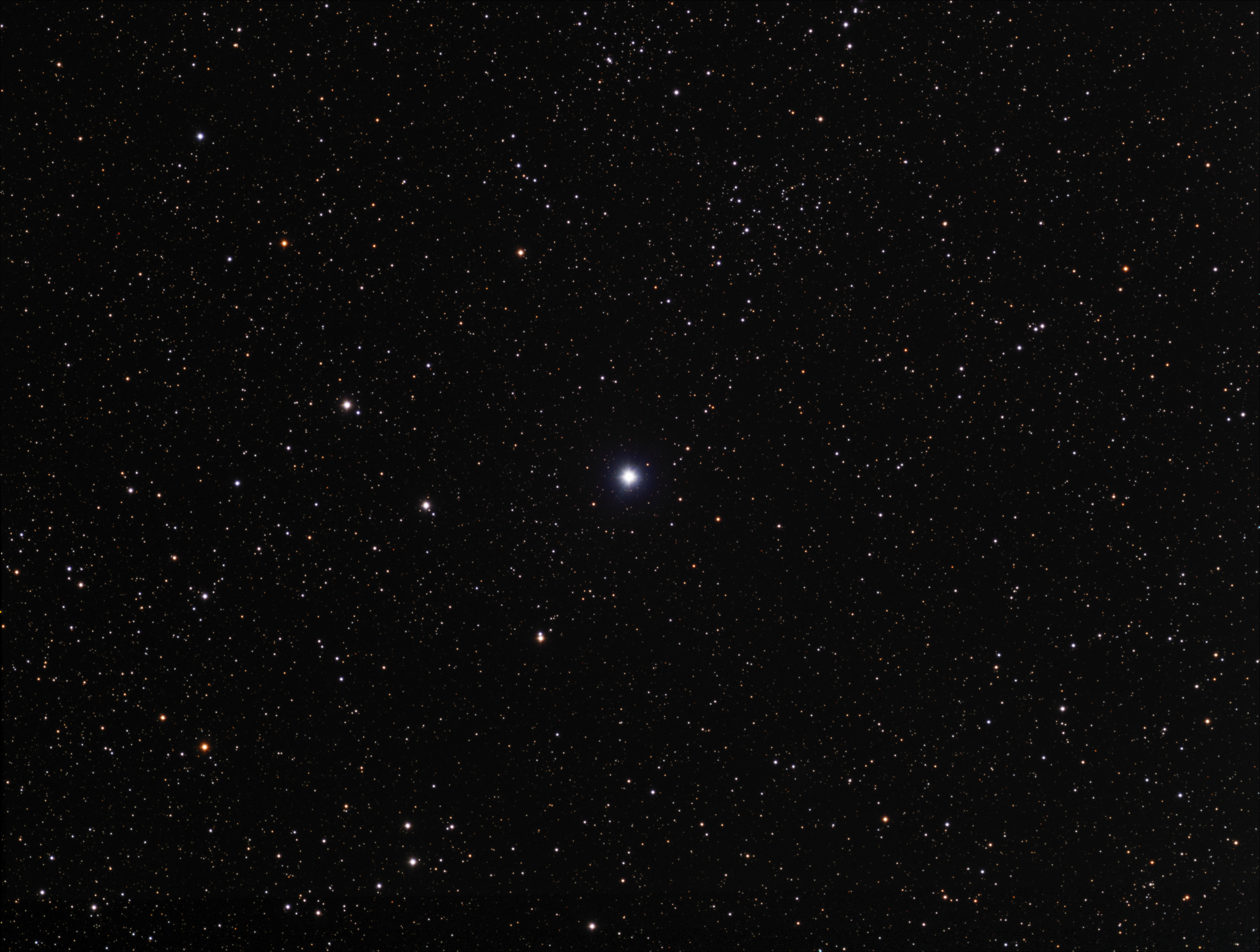 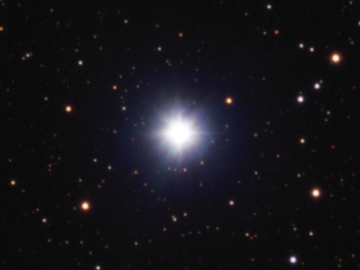 κ Cassiopeia, a blue supergiant star in the Cassiopeia constellation

Kappa Cassiopeiae (κ Cas) is a moderately bright blue supergiant with an unusual spectrum. The spectral type is listed as B1I and the visual magnitude is 4.16. κ Cas is 1457 parsecs away (4752.098 light years).

This star is sometimes called a "runaway" star, meaning it is moving through space very fast compared to most other stars. There is an interesting Spitzer photo on Wikipedia of this star that shows the bow shock in front of the star.

The earliest reference to Kappa Cassiopeiae listed in SIMBAD is from the January 1914 issue of the Astrophysical Journal. In the listed article, the star is referred to as "15 κ Cassiopeiae", which includes references to both the numerical and Bayer designations for this star.

On page 43 of the Journal, the article titled Measures of variable radial velocities of stars. (Lee, O. J.), reports that "The variable velocity of this star was announced in the Lick Observatory Bulletin, 6, 141, 1911". 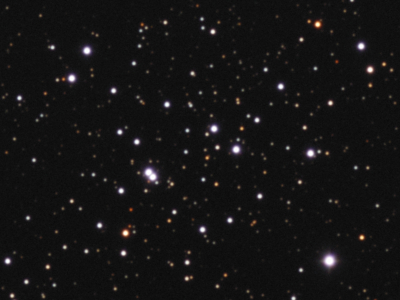 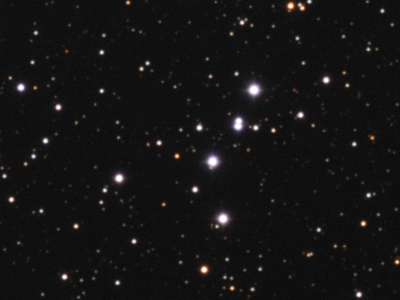 At the very top of this image are two clusters, NGC 146 and NGC 133. These are fairly sparse open star clusters and they barely stand out against the background stars.

NGC 146 is the clump of stars directly above κ Cas at the very top of the image. NGC 133 is the upside down "Y" shaped asterism to the right of NGC 146.

At the bottom of this page are links to photos of these NGC objects as well as a combined mosiac image using photo imagery from both the clusters and the κ Cas picture above.

There is another notable star in this image as well. In the upper left area is a small but very deeply colored red star. This star is cataloged as TY Cassiopeia and it turns out to have some rather interesting characteristics.

The unusual deep red color of this star is very similar to the signature red hue from a cabon star. And although this star is at the point where it does fuse helium, it is not a standard carbon star.

According to SIMBAD, this star is actually a "Variable Star of Mira Cet type". This means it is one of small number of stars in a class named after the star Mira (ο Ceti). These stars are pulsating variables that are undergoing helium fusion in their cores.

One study looked at over one hundred years of measurements on TY Cas. This study is titled Period Changes in the Mira Variable TY Cas (Hazen, Martha L.; Mattei, Janet A.) and it concludes that TY Cas may be an excellent candidate for a star undergoing a helium-shell flash.

A helium-shell flash occurs when helium that has accumulated in a thin shell around the core of the star suddenly ignites. The ignition is due to hydrogen fusion occuring in the layer above the helium shell. The resulting helium flash causes the star to expand and brighten, and then dim and contract as the accumulated helium is consumed. Since helium continues to be produced in the core of the star, the process repeats over time. In the case of TY Cas, the cycle takes roughly two years (730 days). 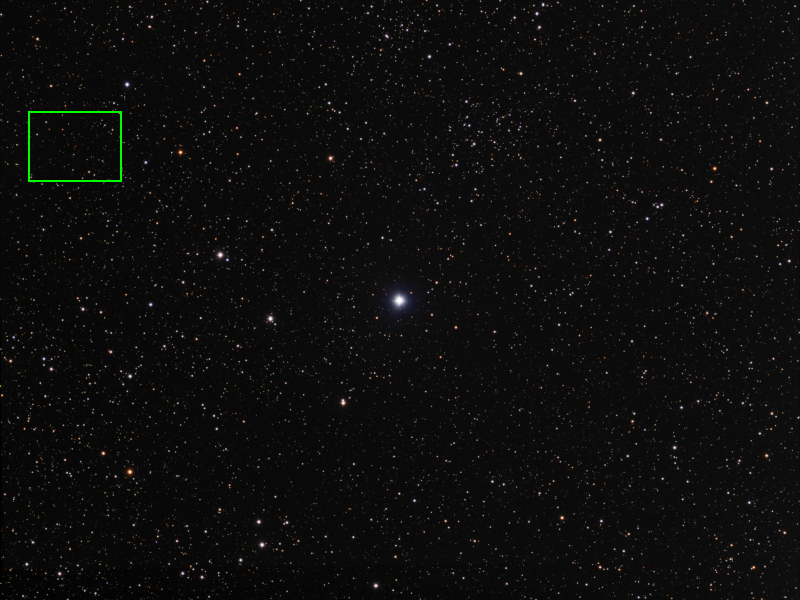 Location of TY Cas on the main photo above 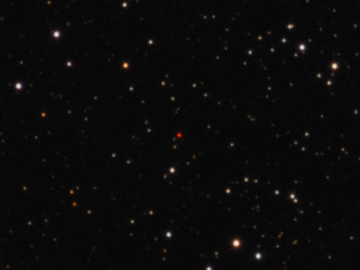 TY Cas is the red star in the center of the highlighted area
Images of Kappa Cassiopeiae, NGC 146 and NGC 133