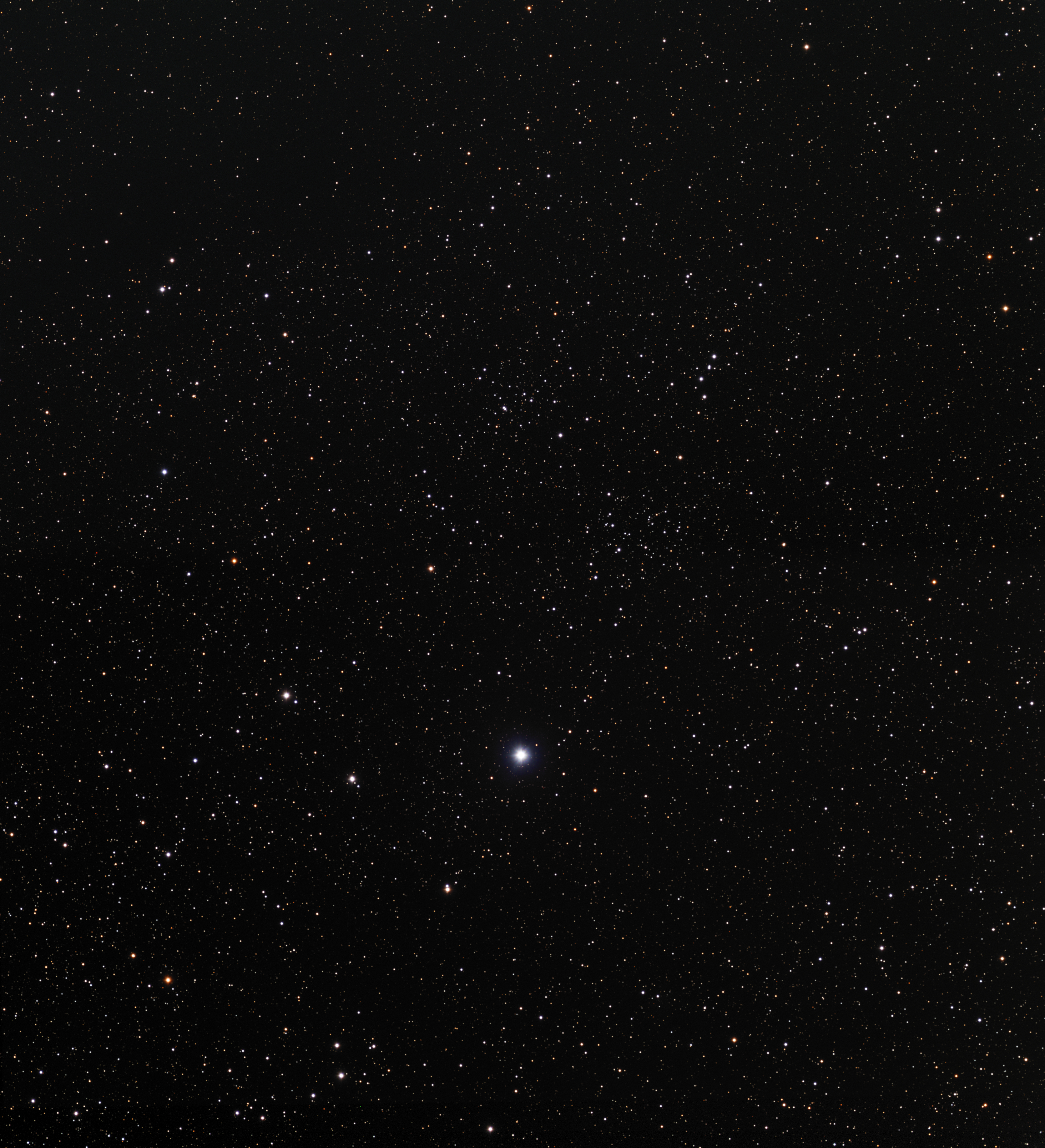 This star is sometimes called a "runaway" star, meaning it is moving through space very fast compared to most other stars. There is an interesting Spitzer photo on Wikipedia of this star that shows the bow shock in front of the star.

NGC 146 and NGC 133 are two small, and sparse open clusters in the Cassiopeia constellation. NGC 146 is the grouping of moderately bright stars roughtly half way between Kappa Cas and the top of the image. NGC 133 is the upside down "Y" shaped group of stars directly to the right of NGC 146. Both of these clusters are almost indistinguishable from the stars in the background.

This is a two panel mosaic made from original data on κ Cas and the NGC objects. About four hours and half hours per image was collected over four different nights. The total time for the final composite image came out to 9 hours 18 minutes. The links to the original images are included below.