First images from the 11" EdgeHD telescope

Recently I obtained a new Celestron 11" EdgeHD telescope. It is by far my biggest telescope to date and has a 2800mm focal length and a little over 279mm of aperture. The telescope is a Schmidt-Cassegrain reflector (SCT).

The telescope features a built in field corrector along with a number of mechanical updates and other advancements over the previous generation of Celestron SCT's. Below are the first images I've taken so far with this telescope. 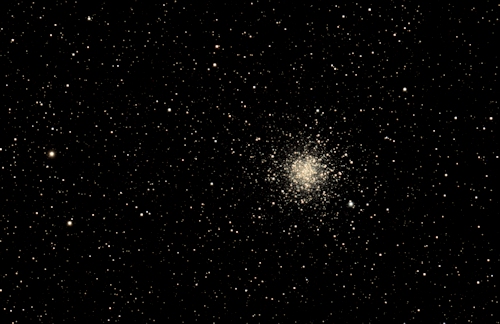 First test image with the Edge

Since this image was only intended to be a test of the off-axis guider I got with the scope, I didn't bother taking dark farmes. As a result the image came out noisy.

And there are some other issues like really bad color balance and the cluster not being centered properly. Oh well, these things do happen. I did a enough cleanup to make it look sort of presentable and posted it here anyway.

In spite of some fairly obvious image quality problems, the stars are bright and more or less round.

So, as a first test, I was fairly happy with the result. It was certainly much better than some of my previous unguided imaging attempts with my original telescope and mount. 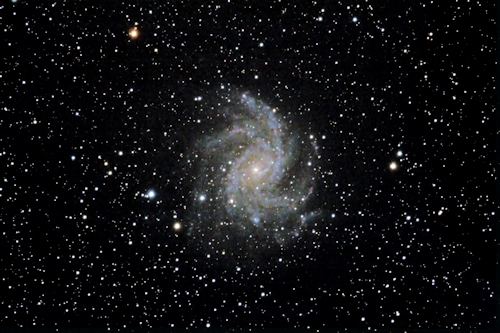 The Fireworks Galaxy was the first long exposure test.

Capturing the raw images took a little over two hours. Out of that came 84 minutes of usable light frames and 12 minutes of dark frame. With the darks in the stack, the end result was a lot less noisy than M56 above.

Our view of NGC6946 is somewhat obscured by dust in our galaxy which apparently makes a really clear picture pretty much impossible. So to get anything resembling a galaxy, I really pushed the processing.

This caused some other problems but nevertheless, I think it came out all right as the first galaxy test image taken with the new scope.