For the last couple of weeks I've been setting up the gear in the back yard. There have only been a few good nights and even then the clouds are on and off. On the good nights that were available I decided to try a few new things and generally play around with the gear. Also, the nights are getting cold now, so having the warm house nearby sort of compensates for peering through the light pollution. 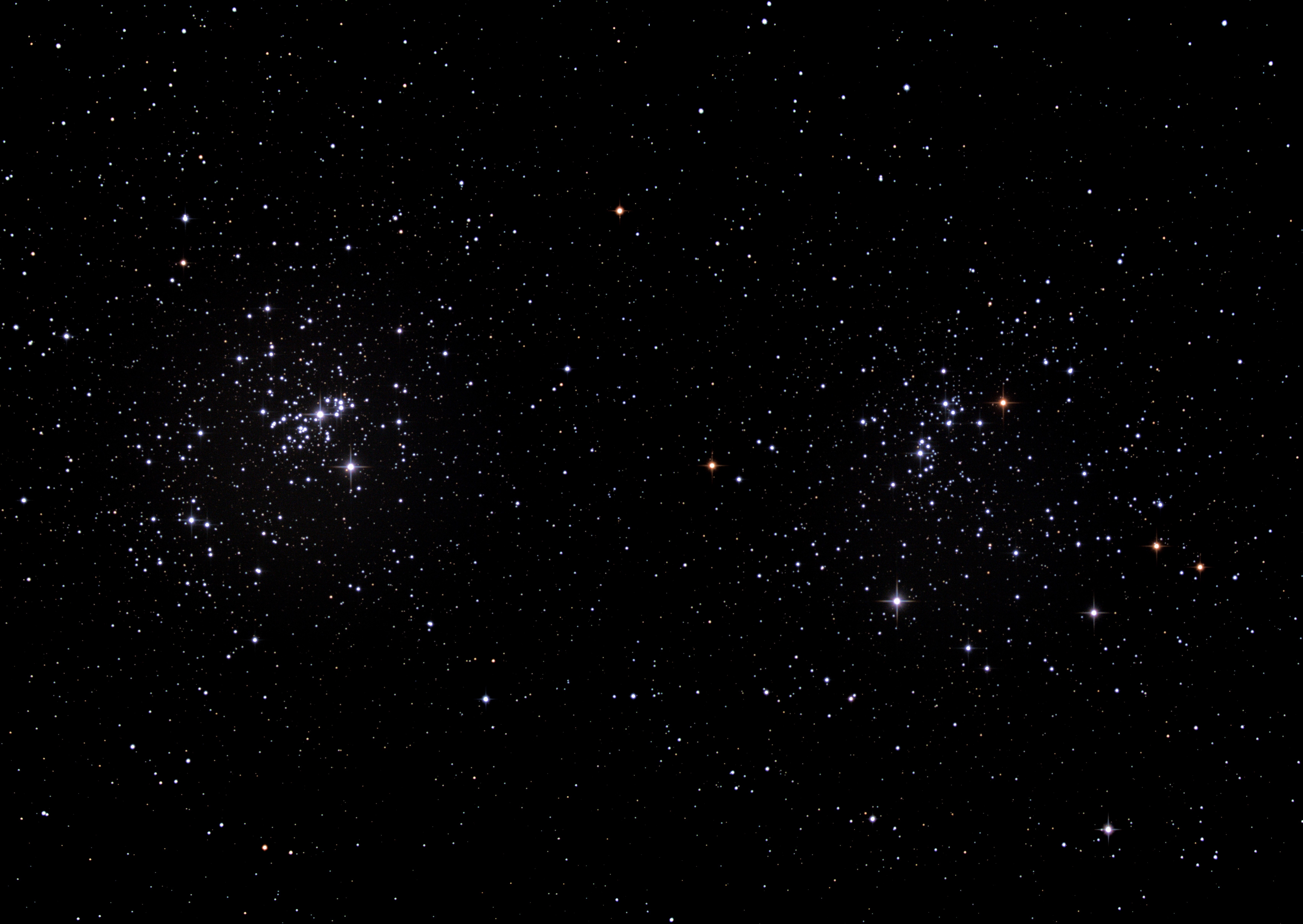 This is a composite made from individual photos of each cluster as well as the area in between. The images were separately stacked, then assembled together for the complete wide field image shown here.

This was my first attempt at assembling a mosaic type of image. Even after reducing the final image to a managable size for the web, there's still enough detail for zooming in with very little image breakdown.

Instead, an SCT normally shows stars as round balls that are more scientifically correct but are also kind of boring. So, in a test of art over science, I created a simple diffraction mask by running a couple of strings across the front of the tube.

The diffraction spikes sure showed up on this star.

If you zoom in on the spikes, you can see a double tail as well as a rainbow like color spectrum. I have some guesses about why both of these occur, but before saying anything here I'd want to learn a bit more about light diffraction.

In any event, the star looks quite striking this way so from an artistic point of view, I'd say it works.

Since I was in the city where most galaxies and nebula are difficult to image, I took pictures of open star clusters instead. The diffraction spikes worked here as well, but you need to zoom in on the full image to really see them. 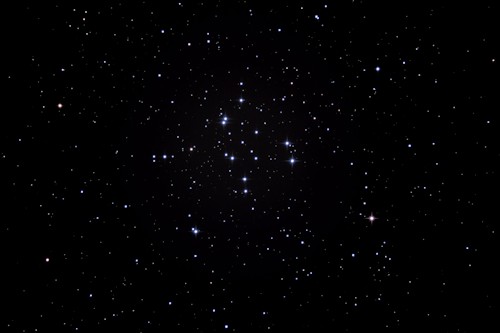 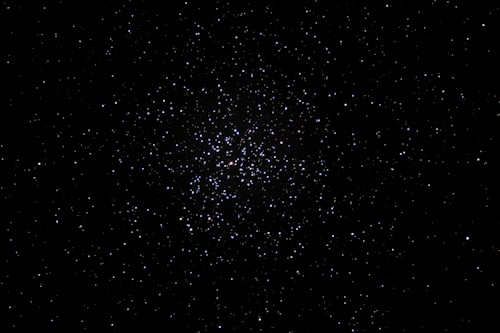 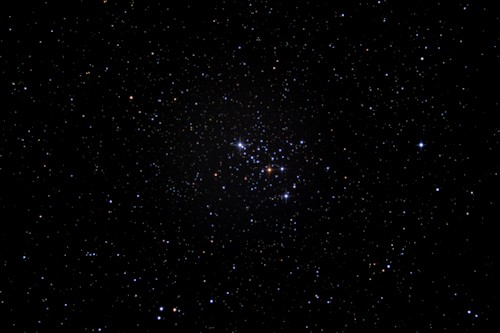 Besides inducing diffraction spikes and ruining the imges for science, I also implemented the ASCOM / EQMOD package for the NEQ6. I did this for two reasons.

First I wanted to see if it would improve the pointing accuracy. Second, I needed a way to run the telescope without the hand controller. For some reason, the hand controller refuses to accept firmware updates, so its off for repairs and probably won't be back for awhile.

The good news is that EQMOD works. I installed it on the laptop, fabricated an interface cable and hooked up a game controller to replace the hand controller. Mostly everything works and pointing errors are about half of what they were before.

I have to admit though, as a portable rig, it is a bit cumbersome and it takes awhile to get enough stars for good alignment across the whole sky. On the other hand it does control the mount very nicely so I can at least continue to use the telescope until the hand controller comes back.

All of these images have been added to the galleries. The Auriga Salt and Pepper images was a re-do and it replaces the original one take with the C8. The other clusters and Gamma Cassiopeiae are new to the site and all can be found on the various index pages.