A new mount and CCD cameras

It took awhile, but I finally got around to processing and uploading the images from 2014. 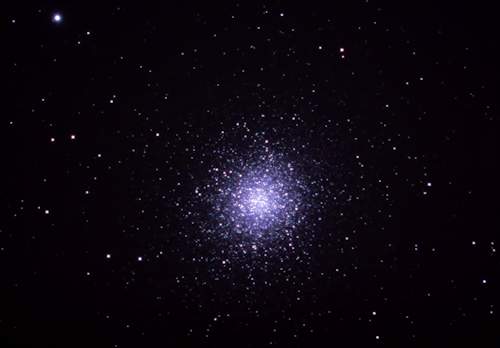 This is the first usable image taken with the 8300 camera and the EQ8 mount, both are new additions to the ever growing collection of gear.

This is probably my best picture of M13 so far but it could certainly stand for some improvements. Since taking the image, I've dome some improvement on the guiding, procesing and so on and am looking forward to another shot at it this summer. 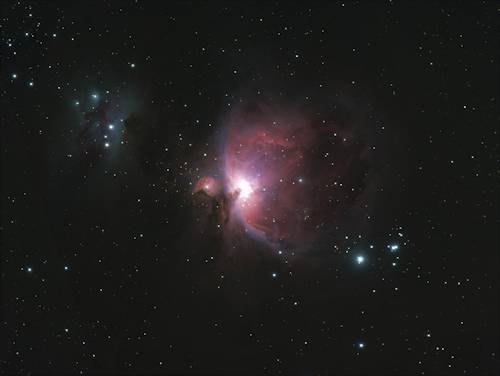 The Orion Nebula is perhaps the most spectacular of all deep sky objects.

This image is from a stack of frames taken over two nights. Some of the frames are IR filtered, some are not.

This image, for what it's worth, is nothing compared to the really good images you can find elsewhere on the web.

If you've never seen this nebula before, its worth looking for images taken with high end amateur or professional gear, you will be amazed. 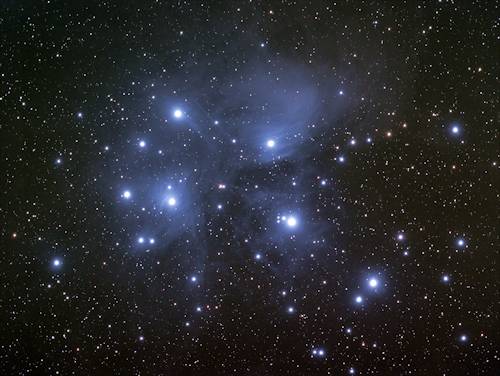 The Pleides are a large spectacular star cluster, both visually and photographically. The hot, bright stars in the cluster illuminate the surrounding dust creating a reflective nebula.

This image was taken over two different nights and includes a number of frames taken without an IR cutoff filter.

Due to these frames, a small amount of reddish haze shows up in the background, particularily in the lower right area. This bit of red represents some of the IR (heat) energy present in and around the nebula. 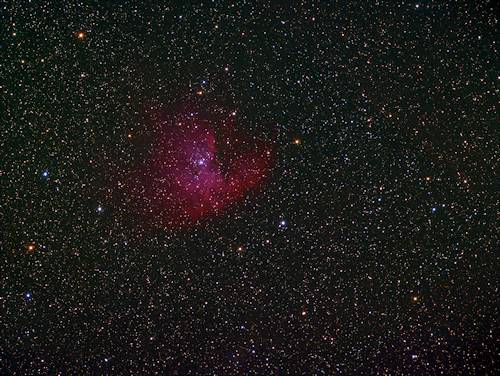 The Pacman Nebula is an emission nebula found in the Cassiopeia constellation. Besides the nebula itself, one thing that strikes me is the sheer number of stars that show up here.

The Cassiopeia constellation is in the plane of our galaxy (ie: its in the band of the Milky Way as seen from Earth) and so the density of stars is very high.

The variation of star color is also quite impressive in this part of the sky. If you look closely, other than the obvious red and blue stars, you will also find yellows, violets, whites, golds and more. 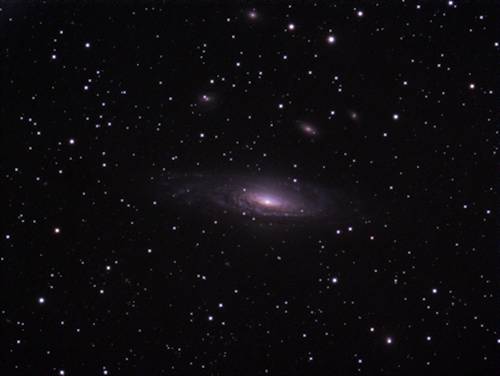 This was mostly just a test image to see if I could use my short refractor as the guidescope for the EdgeHD 11.

Well, I did get an image, the image shows a galaxy (and some neighbors too), but I will probably not try this combination again.

The long focal length of the Edge (2800mm) pretty much demands a very accurate guiding system. I normally use the Celestron OAG for accomplishing this, and it does indeed work. However, using a separate guidescope instead of an OAG has some convenience benefits so I thought I'd give it a try.

Although this image did not work that well, I think that a longer focal length guidescope would work quite nicely, particularily if the Edge is fitted with the focal reducer. I do have both of these things in the kit, so maybe next time on a different subject...

As for imaging the Deer Lick again, long exposure time is the key. Its not the biggest or brightest galaxy in the sky so lots of exposure time is needed to get a good image. Much more than you see here. Again, maybe next time.

The Ring Nebula is probably the most famous planetary nebula in the northern skies. And it is also a favorite of mine for testing and equipment calibration. For most of the summer and fall its more or less directly overhead and I can easily target it from the backyard. 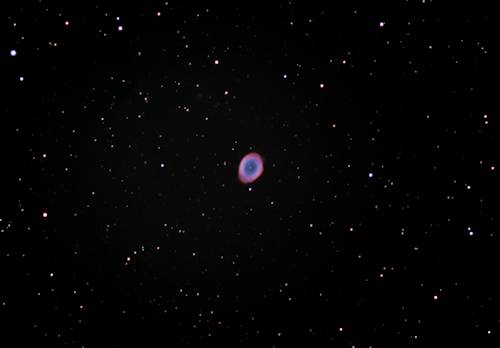 This image replaces the one I took a few years ago with the C8. This time I used the EdgeHD 11 mounted on the EQ8. The camera was also new, its a Celestron Nightscape 8300 CCD camera.

I quite like the new camera. I've found that the CCD chip seems more sensitive and less susceptable to blooming and other photographic aberrations than a CMOS based DSLR. Also, the CCD has a cooler that really cuts down on thermal noise that would otherwise show up in the pictures.

This camera uses the color version of the KAF-8300 sensor so all the pictures here were shot using OSC (one shot color mode). When buying the camers, I did consider a monochrome unit with an LRGB filter wheel, but in the end OSC does do the job. The color camera gets me full color frames right of the sensor and the post processing is fast and easy (and free too, if you use DSS).