These are the pictures from late summer and early fall of 2019. Below is the M27, the Dumbbell Nebula. 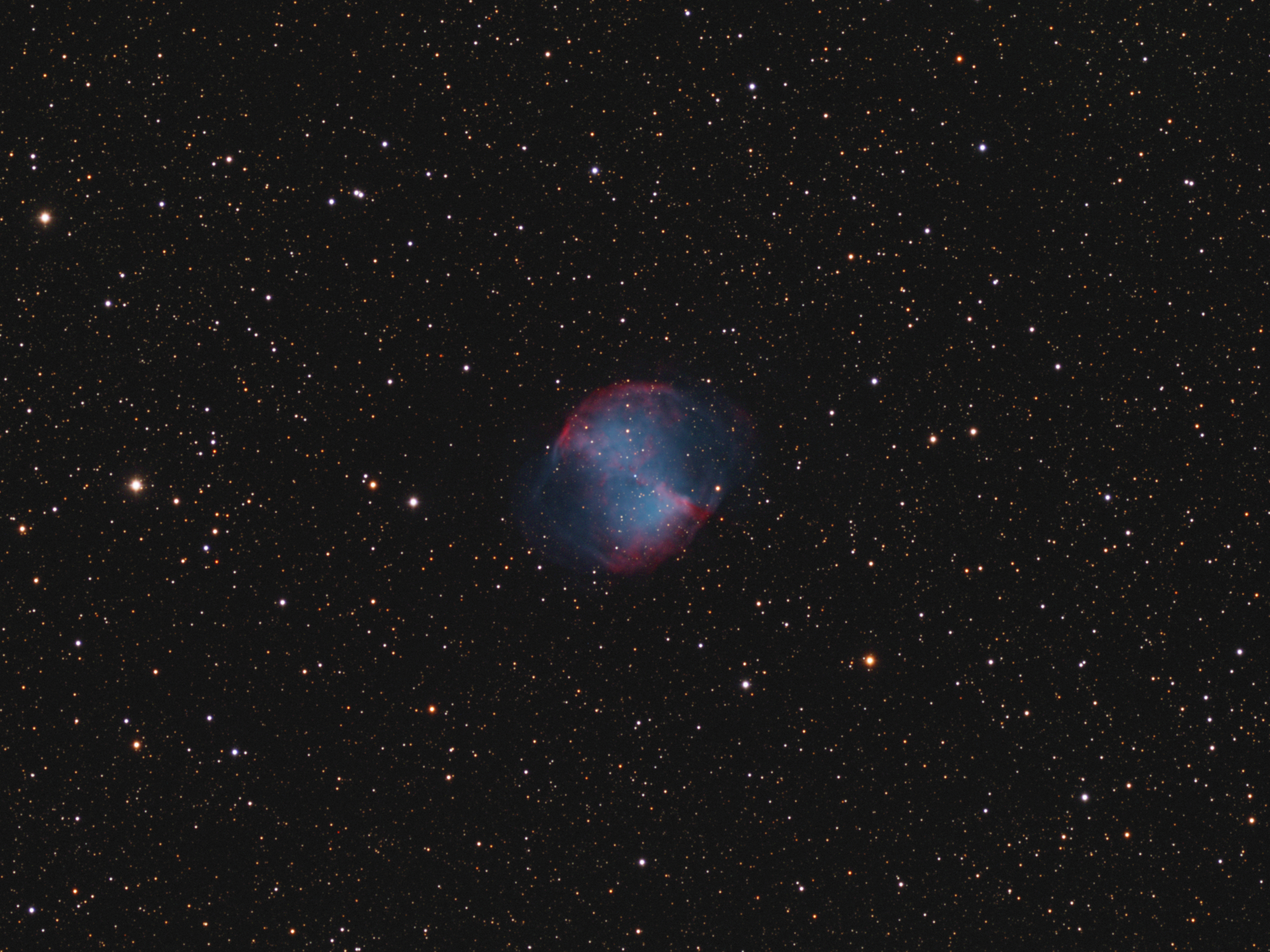 M27 Dumbbell Nebula in Vulpecula
This is Messier 27, a bright planetary nebula in the constellation Vulpecula. The image was taken from my backyard during late August and early September of 2019.

The exposures that made up this image were all taken in astronomical twilight with no moon. By the time it actually got fully dark here at that time of the year, M27 had already passed the meridian and was no longer in a usable imaging position from my back yard location (wires overhead, heat off the house and bad LP from the city). So all I got was an hour or less of pre-darkness over a couple of nights.

Still, the image came out not to badly all things considered. M27 is also bright and colorful and it shows well enough in this photo to be the feature image for this release. 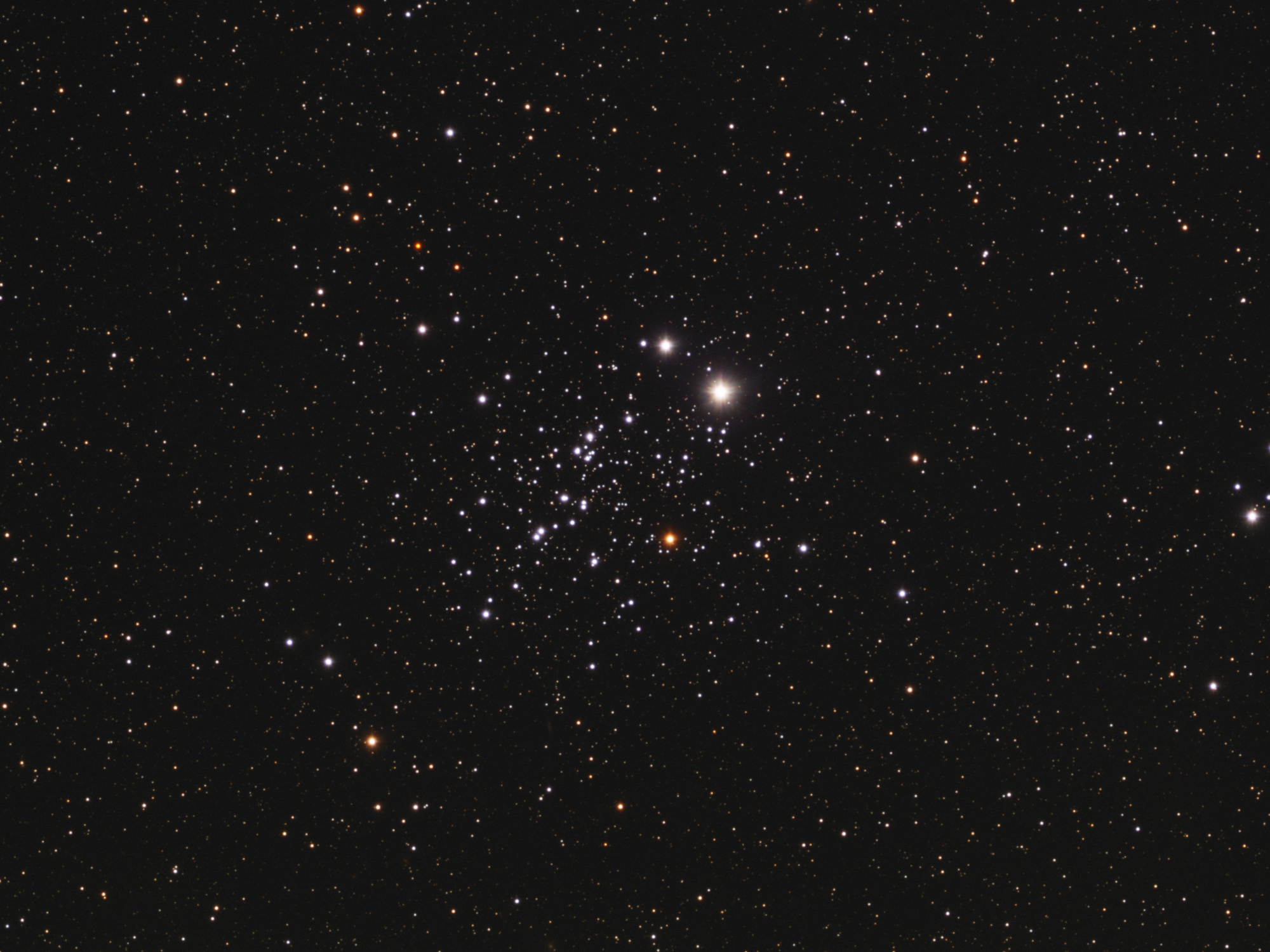 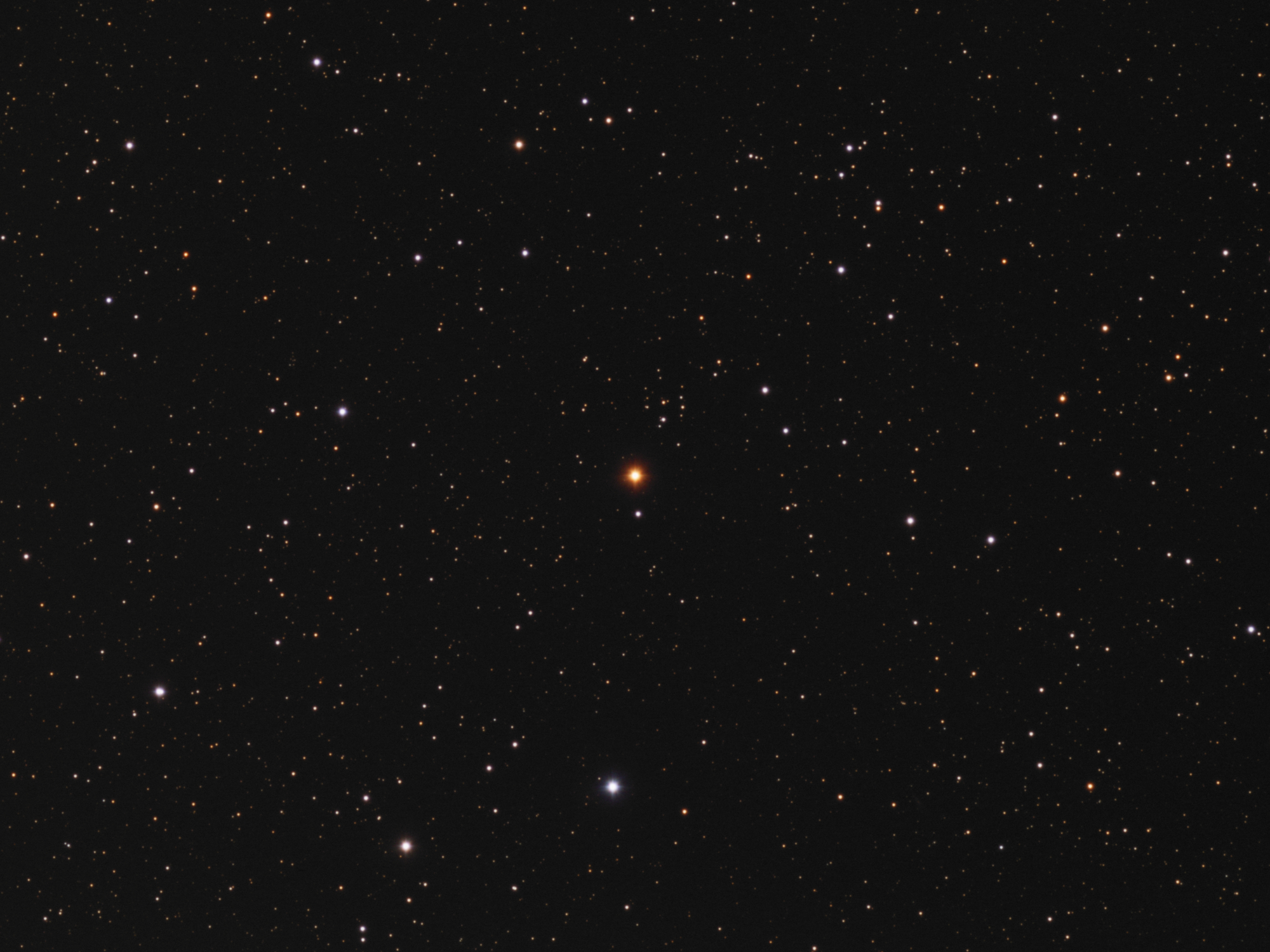 NGC 457 is also known as the Owl Cluster and is located in the constellation Cassiopeia. This is one of my favorite clusters to observe visually and it also photographs pretty nicely as well. 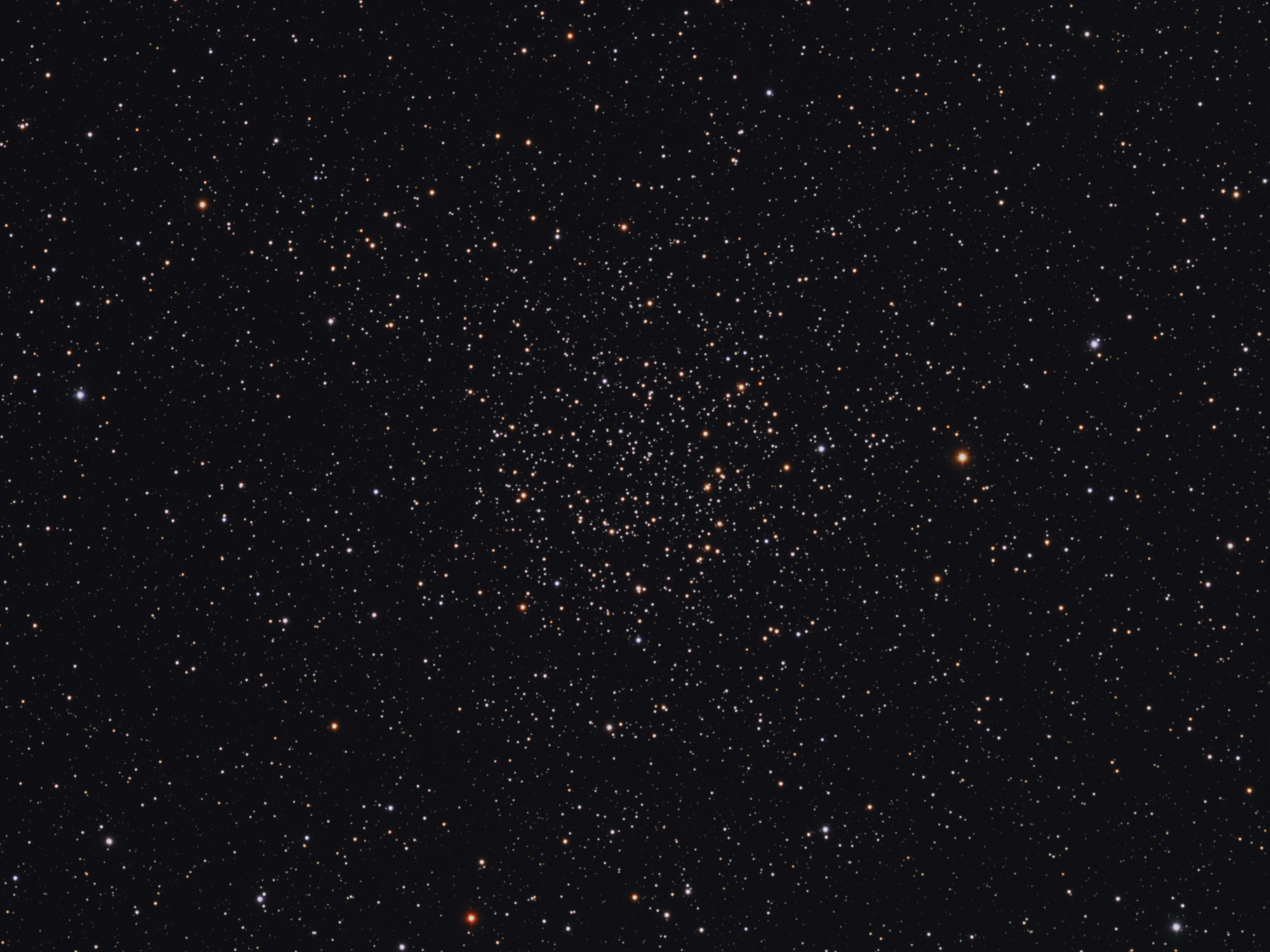 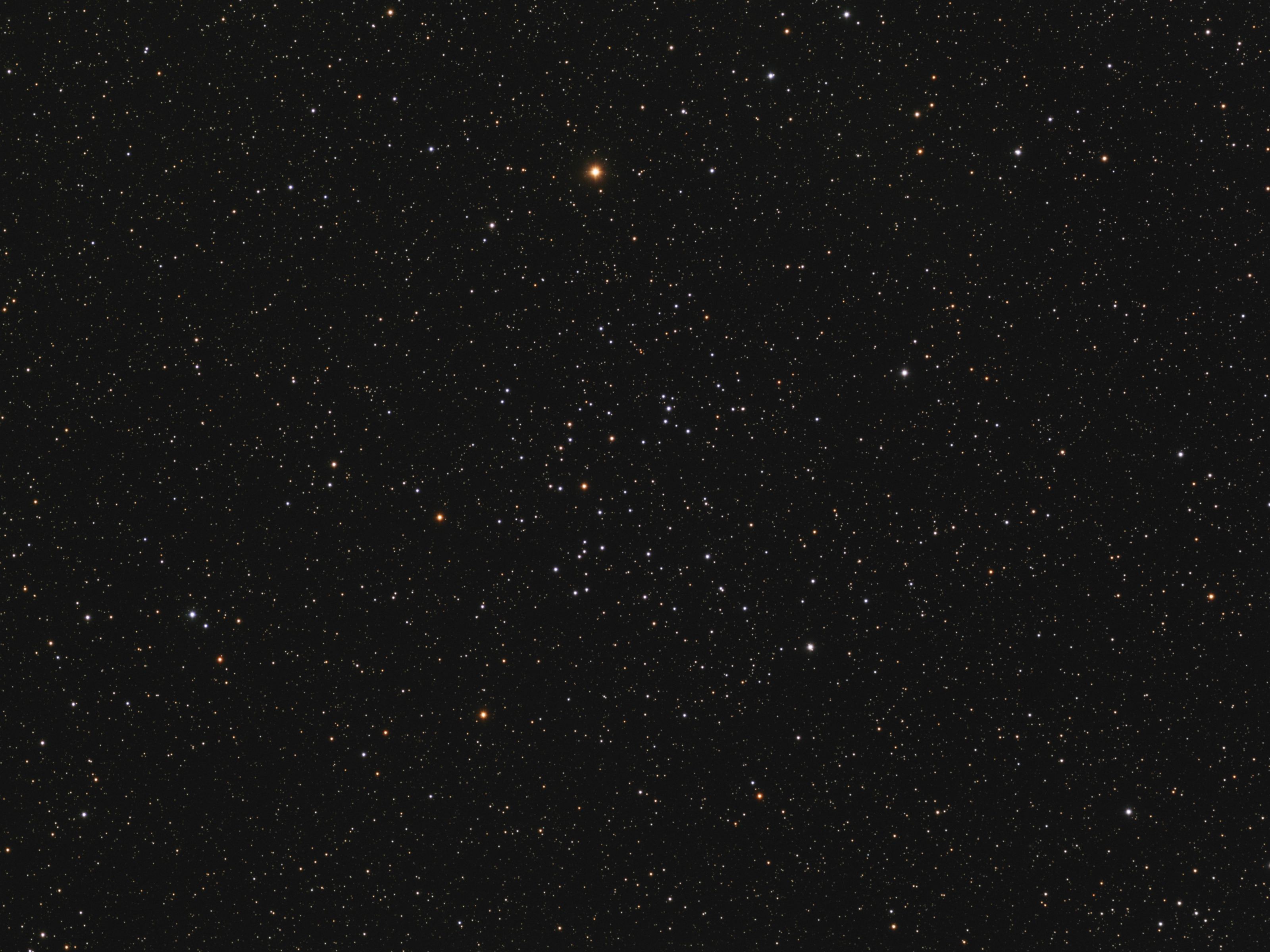 NGC 7789 was discovered in 1783 by Caroline Herschel. It has sometimes been called "Carolines Rose" due to the shape of the cluster, which does sort of resemble a rose.

The other cluster was discovered in 1787 by William Herschel, a rather clever fellow indeed since he was the Kings Astronomer after all.

These two clusters are just a tiny fraction of the objects discovered and cataloged by Caroline and William Herschel.

In both of these photos, the clusters are fairly well dispersed and not exceptionally bright. Which means that the clusters are almost lost in the surrounding star fields. If observed visually with a suitable telescope, the clusters will often stand out better since the fainter stars will be seem dimmer when observed through the human eye in real-time.

However, the camera used for these pictures uses long exposures and because of that, it picks up even the faintest stars. This causes clusters such as these to not stand out as much as they do when observed through an eyepiece.

Visit the Clusters Gallery
New Carbon Star Images
There are some new images in the carbon star gallery. 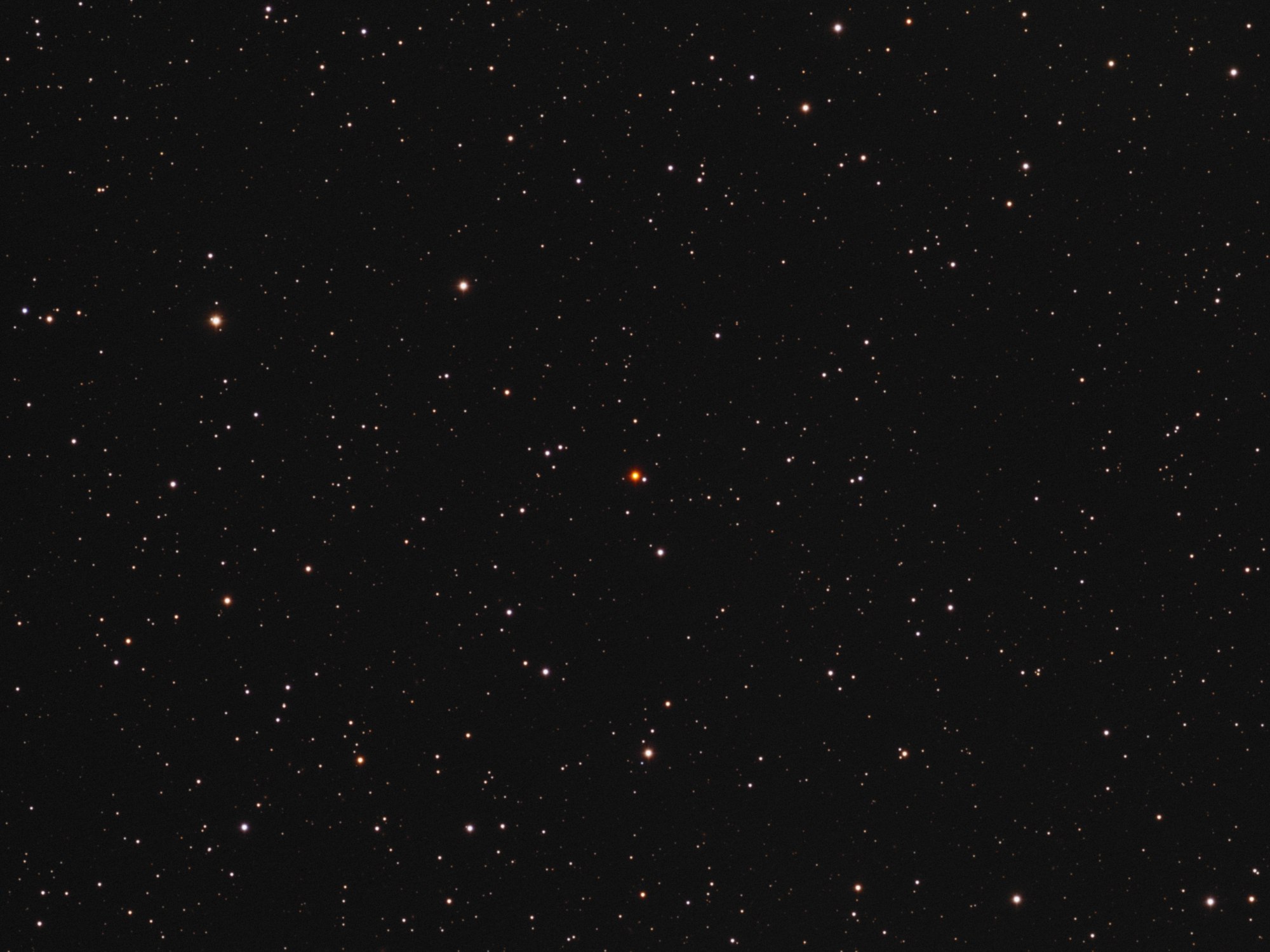 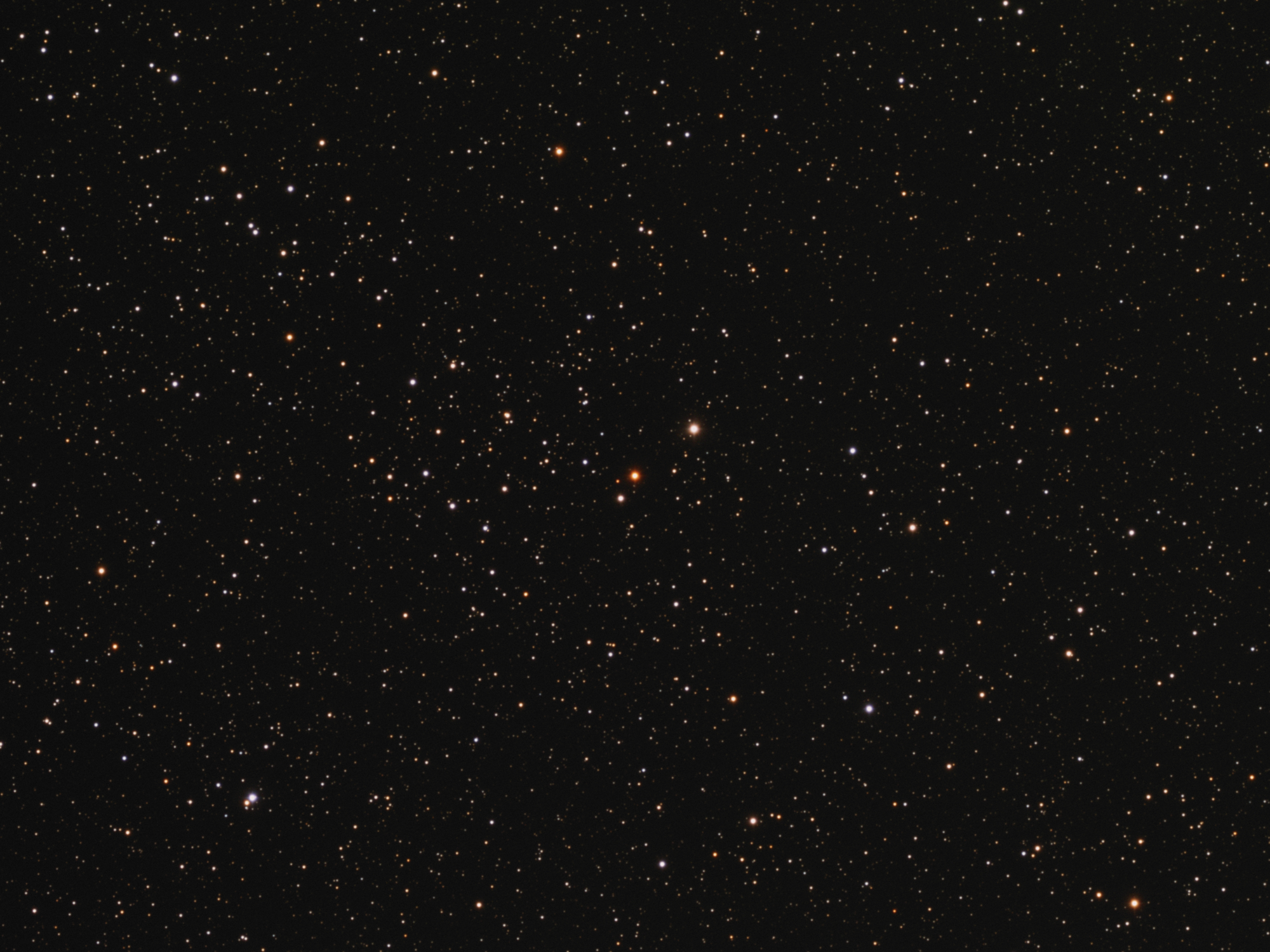 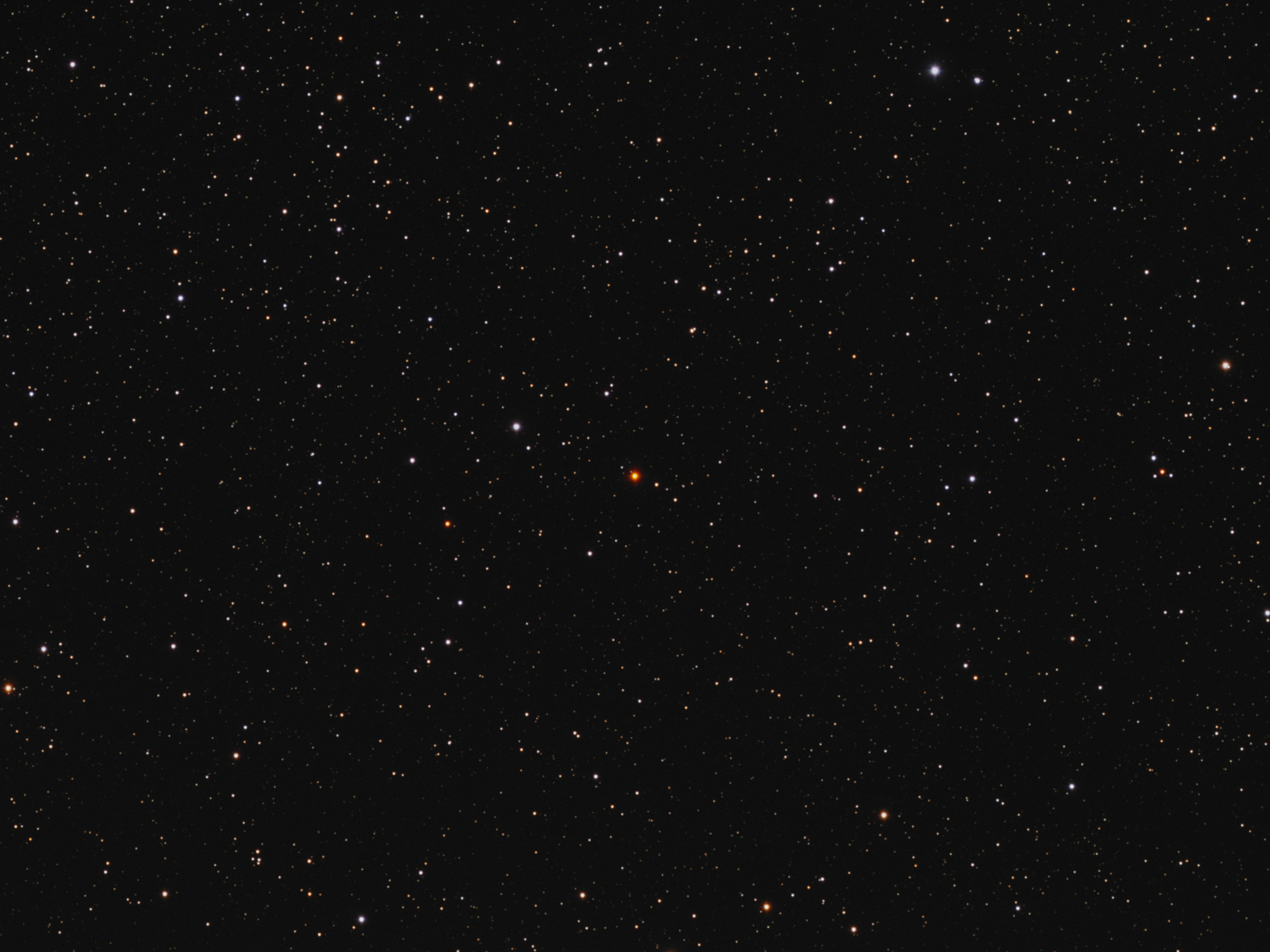 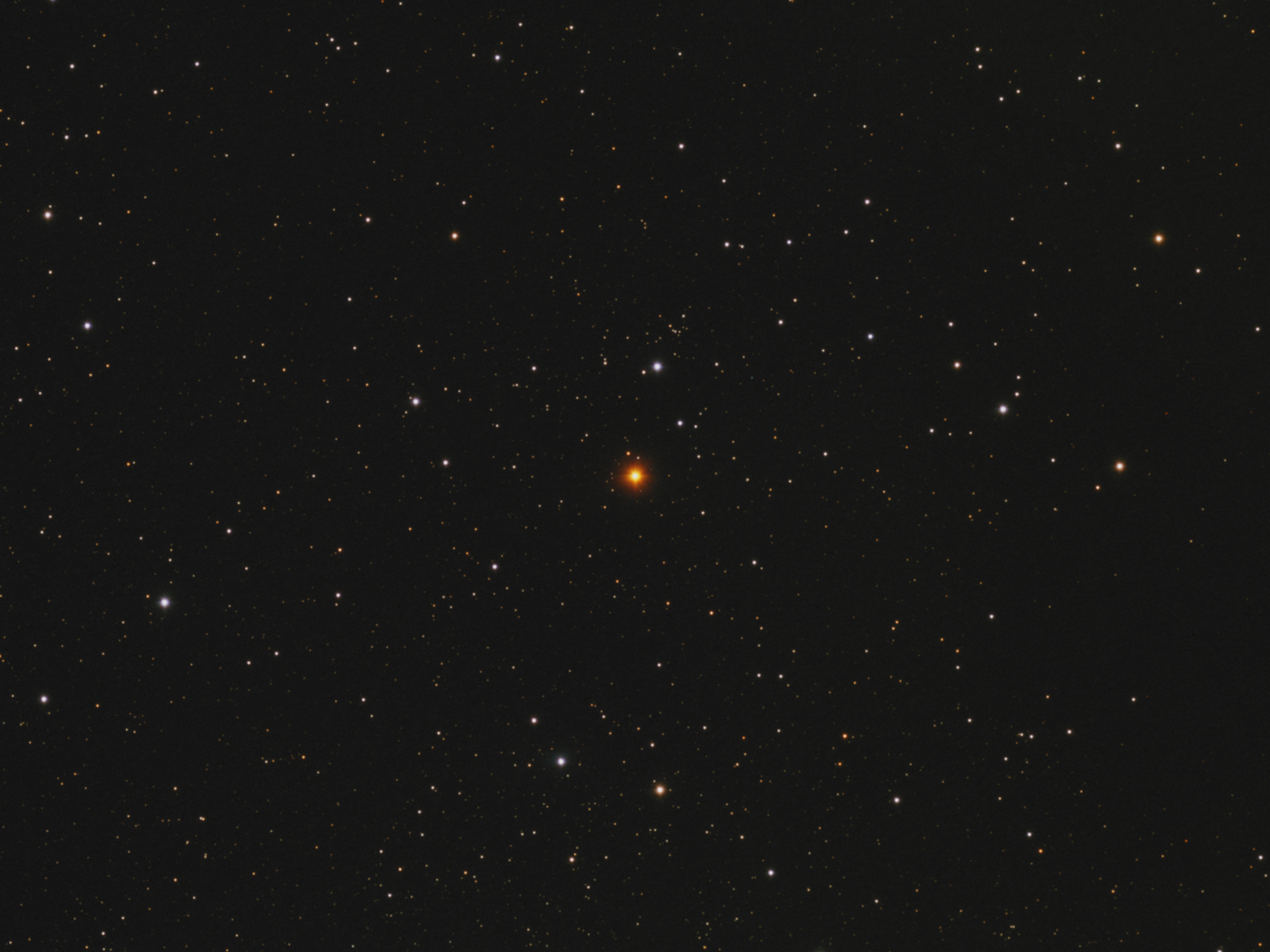 All of these stars are too faint to be seen with the naked eye and a telescope is necessary to observe them visually.

Visit the Carbon Star Gallery
New Double Star Images
There are some new images in the double star gallery. 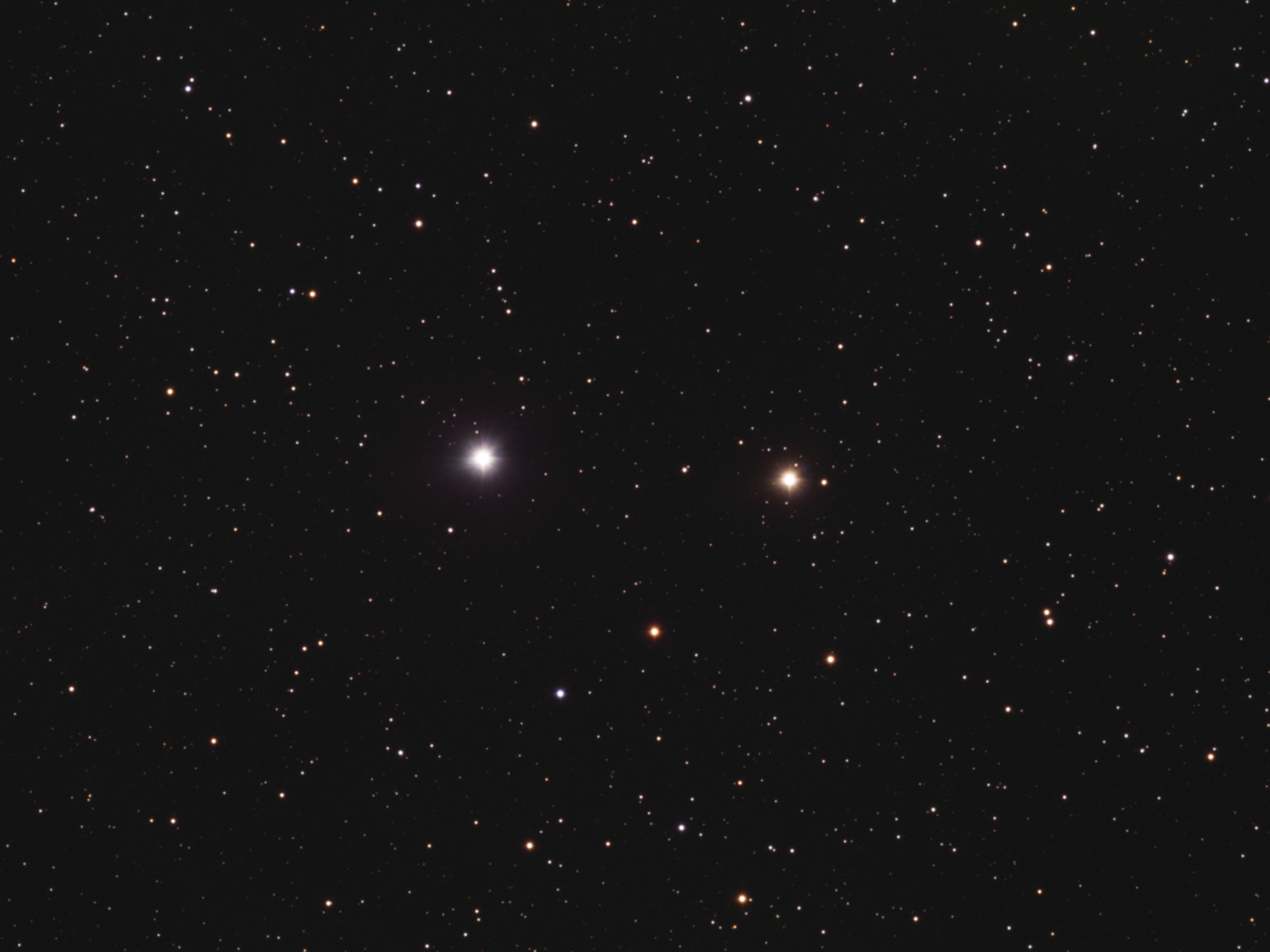 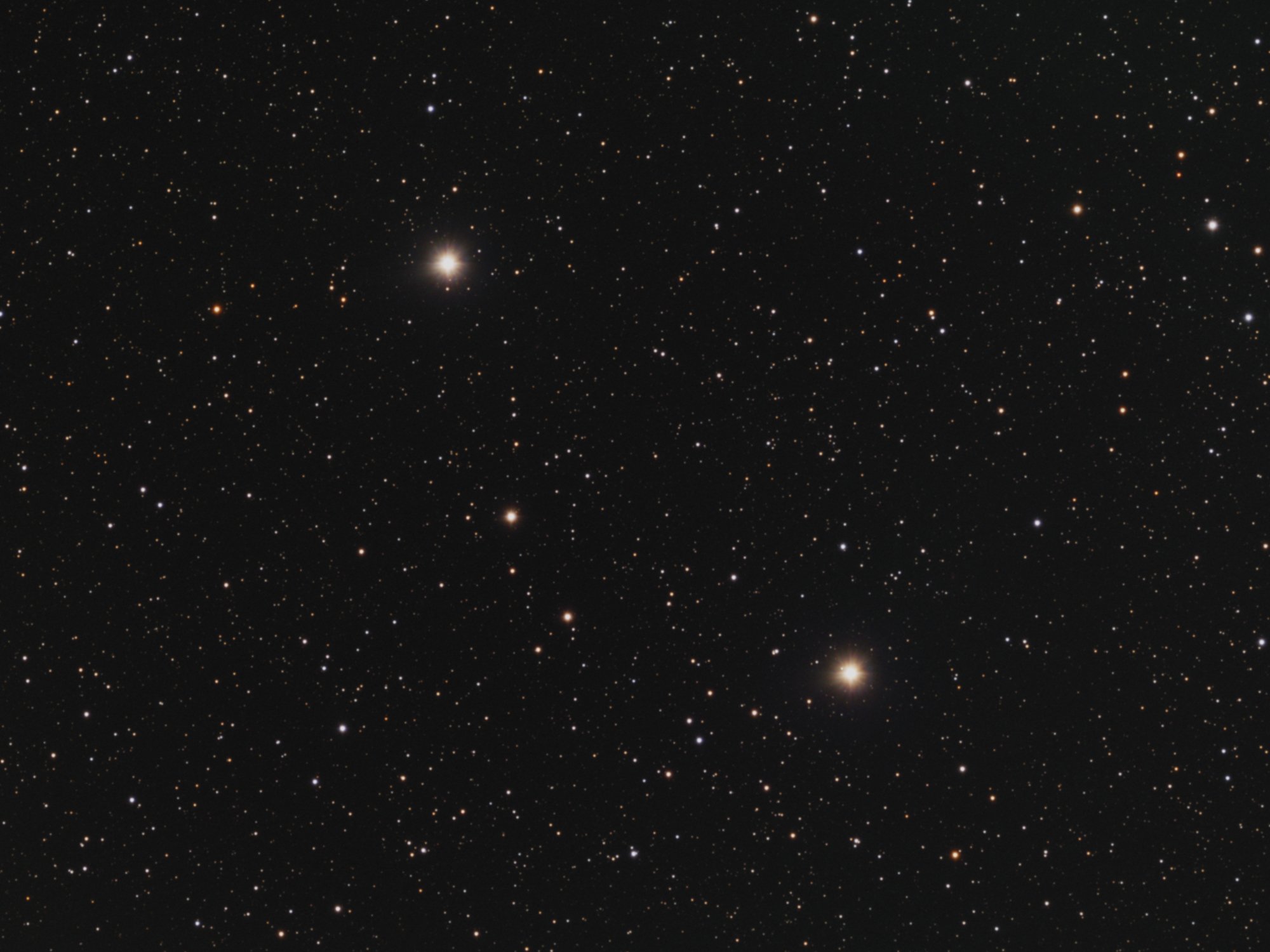 Pi Pegasi is a pair of stars found in the Pegasus constellation. Pi2 is the white star to the left while Pi1 is the yellow star to the right.

Visit the Double Star Gallery
Website Renovations Are Being Ignored
Last time I claimed that the website renovations were never done. Before that I said they were finally done.

This time around I'm simply not doing them.

No real reason either, except maybe sheer laziness perhaps. And there certainly are things that could be improved around here too. But nothing doing this time around. Zero, zip, nada and forget about it too.

What I did actually did do is take some new pictures, process them and add them to the database. Then I got all the new image pages generated and published them to this website. And made up a new home page and relegated the old one to the news archives. Then fixed a few typos and grammer errors.

So, some new content then, but no actual renovations this time. Doing that just seemed like a lot of work to me. So after I was done with all the content stuff, well, I just stopped working on the site altogether.

Hopefully the renovations will eventually get done some day.